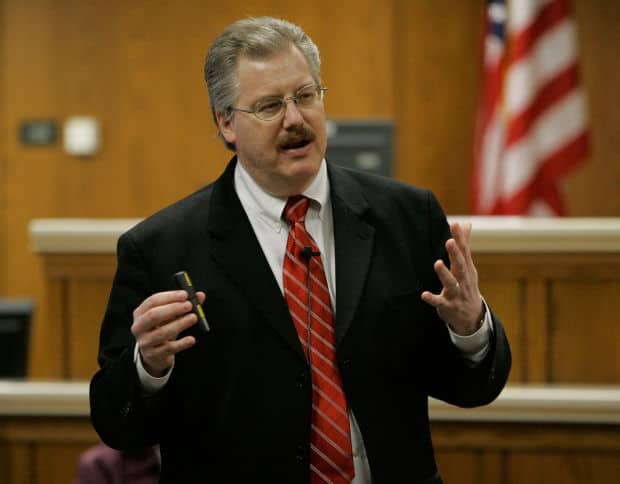 The prosecutor for the Steven Avery case, Ken Kratz, is writing a book and accusing Netflix and the Making a Murderer creators of being biased. But, as we all know, justice is a dish best served in binge-ready portions. Though we’d all probably prefer to see the follow-up in a series of Lifetime movie specials, the book will detail the prosecution’s side of the case and include facts that he claims MaM left out. “If I was spoon-fed only what the Netflix documentary wanted me to see, I’d come to exactly the same conclusion [as most viewers]. I’d be outraged,” Kratz said to Page Six. Kratz has also stated that the show forgets about an important figure. He told WBAY-TV, “the one voice forgotten to this point is Teresa Halbach.” Details about the book content has yet to be released, but Kratz is not at all shy about the book’s intentions:

“This was a case that included the murder and dismemberment of a 25-year-old woman. It’s not fair to her memory, or to her family. They deserve some closure. Finally grateful to tell the whole story,”