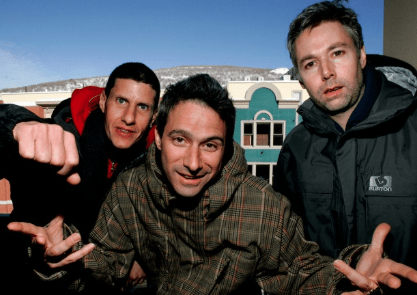 Goldieblox, the maker of a viral video that used a parody of the Beastie Boys’ song “Girls” to promote their line of engineering toys marketed to young girls, is calling for a truce. The company was engaged in a lawsuit with the band, claiming they had the right to use the song under the “Fair Use” law. But now, after posting an open letter to hip-hop legends, they’ve dropped the suit, pulled the video and apologized. They wrote:

When we made our parody version of your song, ‘Girls’, we did it with the best of intentions. We wanted to take a song we weren’t too proud of, and transform it into a powerful anthem for girls … We want you to know that when we posted the video, we were completely unaware that the late, great Adam Yauch had requested in his will that the Beastie Boys songs never be used in advertising. Although we believe our parody video falls under fair use, we would like to respect his wishes and yours … We don’t want to spend our time fighting legal battles. We want to inspire the next generation. We want to be good role models. And we want to be your friends.

Tour America with this ‘50 States of Lego’ Gallery