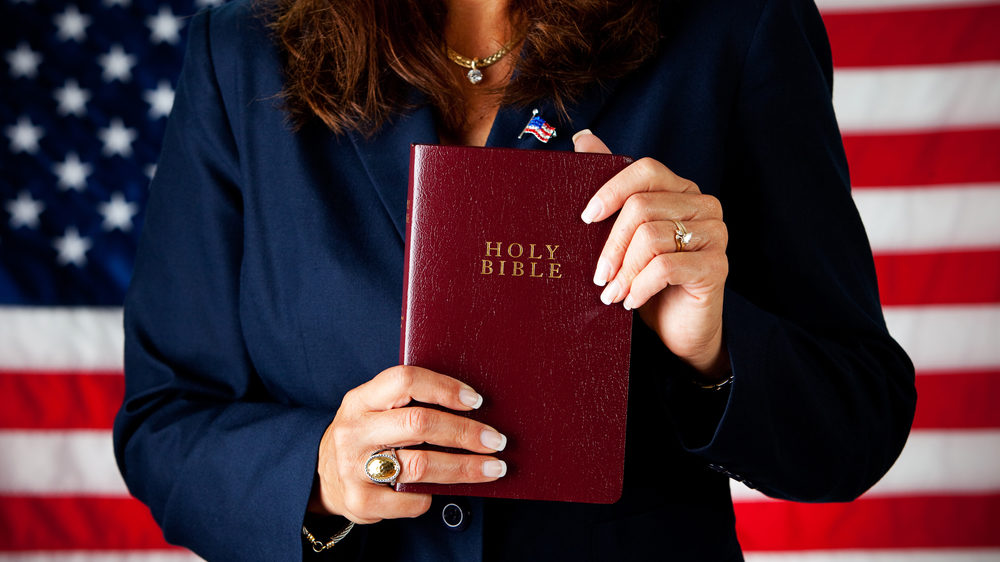 As election season heats up, so does the usual rhetoric about which party is better and which voters really want what’s best for America and so on.

These are important conversations, which makes it all the more important to get the details right. And one detail that gets frequently bungled by people who should know better is how American voters think about religion. Over at The Washington Post, Eugene Scott has done some interesting data analysis on the question. And the truth is, whether Republican or Democrat, odds are religion is important in your life.

You wouldn’t know that by listening to Dr. Robert Jeffress, a Dallas pastor and close evangelical advisor for President Donald Trump. Jeffress took to Fox News over the weekend to excoriate the left for what he perceived as “godlessness.”

They are a godless party, Lou, and becoming more so. You remember back in 2012, when they had an argument on national television at their convention about removing God from their platform? Then, in 2016, at their convention, they had a pastor up there praying, and he gets heckled, and now, even this weekend, the Democrat Party passes a resolution saying ‘we enthusiastically support the values of the religiously unaffiliated in America.’ ‘Religiously unaffiliated’ is code for godless! They are truly becoming a godless party by their outreach, and certainly by their beliefs.

This critique was echoed by the likes of Vice President Mike Pence, who told Liberty University students to beware the “secular left” and Texas Congressman Dan Crenshaw, who joked about telling leftists “normal law-abiding Americans” “read the Bible.”

In the meantime, Democratic presidential candidates like Mayor Pete Buttigieg and Cory Booker regularly invoke faith on the campaign trail — which would be a strange move for the avatars of a “godless party.” So, who’s right?

It’s a similar breakdown for the question of values. 70 percent of Democrats say religion is very or somewhat important in their lives. Again, that’s lower than the 80 percent of Republicans who said the same thing, but it’s still the lion’s share of the party.

Democrats do have a lot more “religiously unaffiliated” voters. 54 percent of America’s nones say they lean left, as opposed to just 25 percent who say they lean right. Being “religious unaffiliated” doesn’t necessarily mean atheist — many people who identify as unaffiliated simply don’t believe in God as taught by recognized religions like Protestant Christianity, Catholicism or Islam.

So the Democratic party does take religiously unaffiliated voters into account more than the Republican party does, which might be where Jeffress’ critique stems from. Just last week, the Democratic National Convention formally recognized nonreligious voters, affirming that the party is “an inclusive organization that recognizes that morals, values, and patriotism are not unique to any particular religion, and are not necessarily reliant on having a religious worldview at all.”

So while it’s true that Democrats aren’t quite as religious as their Republican counterparts, it’s certainly unfair to paint the party as “secular” or “godless.” Before we can have a healthy debate about the future of the country, it’s important to make sure we’re dealing with the correct facts.