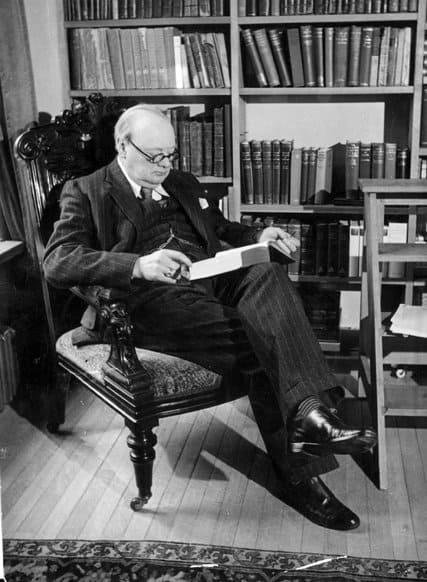 There is definitely no shortage of weird news these days, but this story belongs in a category all its own. According to The New York Times, Winston Churchill was writing essays about aliens throughout his time as the Prime Minister of the United Kingdom.

According to the Times, an 11-page manuscript entitled, “Are We Alone in the Universe?” was written by Churchill and sent to his publisher not long before Britain joined the war efforts of World War II.

The Times reported that, “Churchill became interested in science as an army office in India when his mom shipped him Darwin’s On the Origin of Species, among other books.”

The essays have been hiding in a museum on Fulton, Mo. since the 1980s, but were recently discovered by the newly appointed director, Timothy Riley. The musings discovered in Winston’s text paint a clear picture of his thoughts on extraterrestrial life,

I, for one, am not so immensely impressed by the success we are making of our civilization here that I am prepared to think we are the only spot in this immense universe which contains living, thinking creatures or that we are the highest type of mental and physical development which has ever appeared in the vast compass of space and time.

Unsurprisingly, Churchill ended up befriending H.G.Wells who authored the novel about a British alien invasion, The War of the Worlds. The book, according to the Times, “had been adapted by Orson Welles for a famous CBS radio broadcast in 1938—a year before Churchill wrote his article. (Churchill once said Wells’ The Time Machine was one of the books he would like to take with him to Purgatory.)”

Poll: Evangelicals Are Most Supportive of Plan to Repeal Law Keeping Pastors Out of Politics