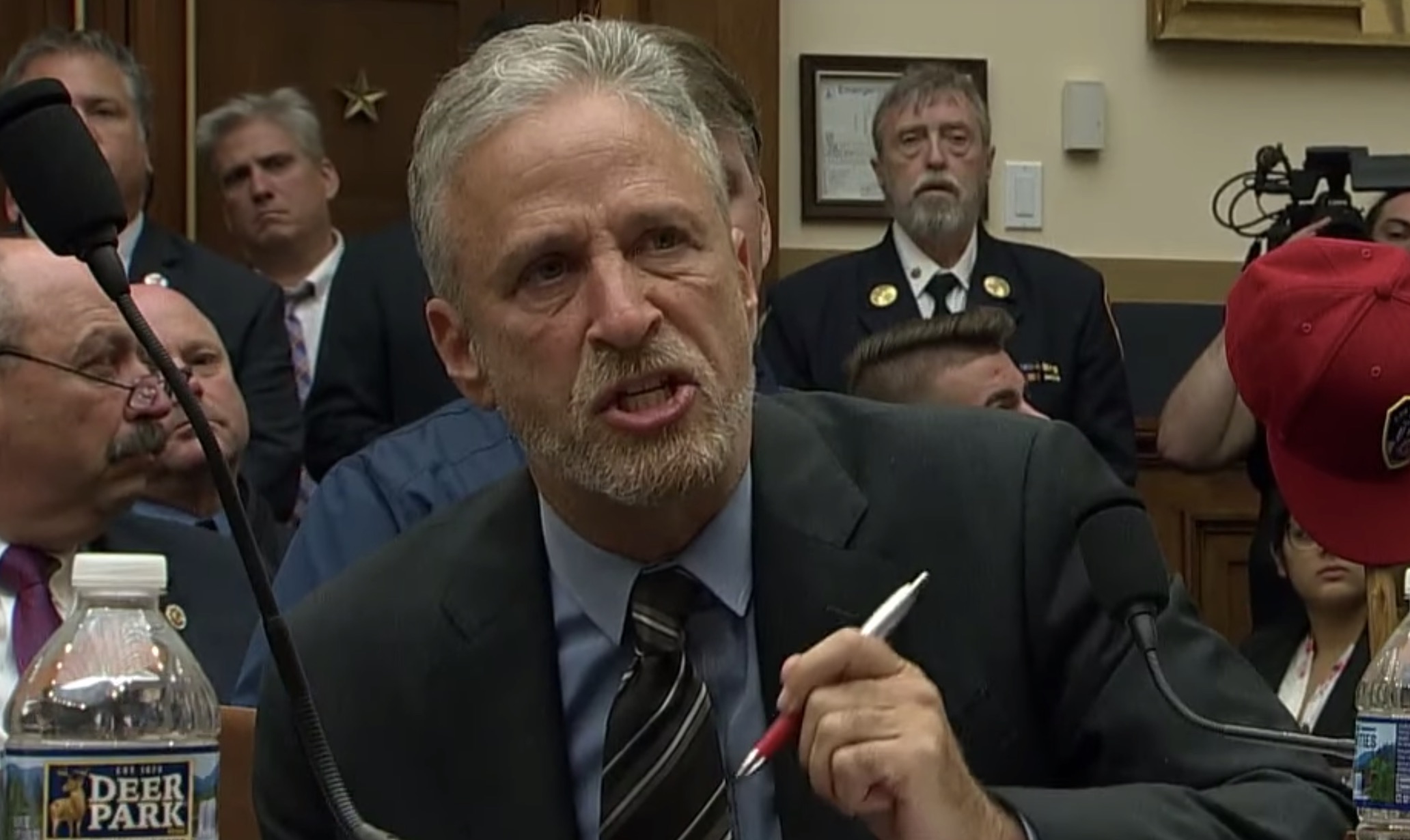 For well over a decade now, former Daily Show host Jon Stewart has been laser-focused on the 9/11 Victim Compensation Fund. The act was first passed in 2010 as a way of providing healthcare to those suffering serious medical issues connected to the 2001 terrorist attack in New York City. But that act was only funded for five years, and currently, over 11,000 different types of cancer have been reported that can be linked to the attacks on 9/11, from Glioblastoma, an aggressive form of brain cancer, to debilitating lung cancers.

Extending the funding of the act has been a passion project of Stewart’s who devoted an entire episode of his show to the cause and has since become the most vocal face of the fight to get the cause funded.

On Tuesday, he appeared before House Judiciary Subcommittee on Civil Rights and Civil Liberties to deliver a blistering plea and a harsh condemnation of Congress for failing first responders and tying up past efforts for funding with other bills.

Stewart was visibly emotional throughout, fighting back tears as he cited the stories of men and women who died before the bill was passed, saying “I can’t help what think what an incredible metaphor this room is… a filled room of 9/11 first responders and front on me, a nearly empty Congress. Sick and dying, they brought themselves down here to speak to no one…shameful.” ABC News released this excerpt below.

"Your indifference cost these men and women their most valuable commodity: time."

Not every member of Congress is stonewalling Stewart or the 9/11 victims. According to CBS News, House Judiciary Committee Chairman Jerry Nadler and Rep. Carolyn Maloney—both Democrats—and GOP Representative Peter King, have introduced an act to reauthorize the Victim Compensation Fund.

“Why this bill is not unanimous consent is beyond my comprehension,” Stewart said. “More of these men and woman are going to get sick and they’re going to die.”

You can watch the entire address below.