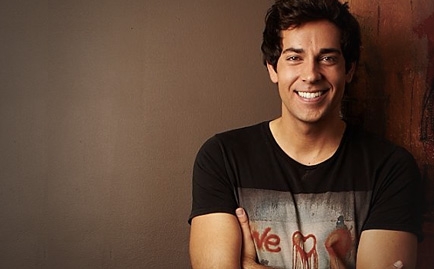 Step into the house of Zac Levi on any ordinary day and you’re likely to find more than you expected. Peek into the living room and you’ll see three or four people sitting around, tapping away on laptops. In the office, there’s an author writing a script. Walk upstairs and you’ll find an editing facility with a commercial editor hard at work.

“Zac’s home is like a fraternity house,” explains Jeremy Boreing, Levi’s business partner, “home church” pastor and close friend. “You can’t walk in without meeting someone you don’t know. Two of the bedrooms are always used by someone who needs a place to stay while they’re struggling financially. Saturdays are open for barbecues and Sundays are for home church.”

It’s an unlikely setting for a celebrity—many of whom live lives of seclusion, purchasing homes in obscure corners of the Hollywood Hills or deep inside the walls of gated communities.

But for Levi, the star of NBC’s hit action-comedy Chuck, his house is everyone’s house. It’s a place filled with friends and occasionally strangers, all sharing a combination of creative and Christian community.

It’s precisely this community—this link to “ordinary” life—that Levi points to as his anchor. His life is characterized by “celebrity” and all that comes with it (the parties, the press, the wealth) in one moment, at another moment he faces the realities of being a TV star (the weekly scripts, the late nights on set, the weekly challenge of saving the world) and in other moments he experiences the inevitable “letdown” of the off times.

Because of this whirlwind, Levi admits to needing friends, faith and a few fun escapes (i.e., video games and ping-pong) even more than the next guy. “You realize God is good and He gets you through whatever in life,” Levi says.

The grounding of faith

Faith is something that comes up often when you talk with Levi. “I’ve always had a really strong measure of faith,” he says. “Even when I was a little kid. I never was torn other than the normal day-to-day where you wonder and have doubts—but it always comes around.”

Levi admits to experiencing his share of the typical teenage rebellion—a time in his life when he was searching for a good time and not much else.

“I did my share of growing up, and high school is a turbulent time,” Levi recalls. “I certainly learned about girls, substances, friends and responsibilities. God protected me a lot and also let me fall on my face a lot. One big blessing of it all was purging a lot of that out of my system before I got into Hollywood. Not that I don’t go out with friends and have a good time, but I saw the emptiness and hollowness that it brings in high school, so it wasn’t such a temptation.”

It wasn’t until after high school that Levi says he really started to understand what he believed and what it meant to live the faith that came so easily to him.

“Embracing Christ fully was a choice I made later in life, when I was 18 and out of high school,” he says. “I had questions and on my own volition started going to church and learning on my own, and then it kind of went from there.”

Of course, having faith in Hollywood is an altogether different story—it’s certainly not a place that makes it easy.

“Not that I haven’t had fun, but I’m blessed with solid people here in L.A. who would rather stay home. We’re all getting to an age around 30 or more, and the club life is so fleeting, trite … and pretty fun, but if that’s your main course you won’t be satisfied.”

A Christian? In Hollywood?

To fight those doubts and the temptations of stardom, Levi has opted to worship among trusted friends and confidantes in an informal home church setting. The idea is based on his experiences with a similar worship service called The Bridge back in Ventura, where he feels the “very community-based” approach made worship services “very real, more about relationship and less about religion.”

Upon moving to L.A. after high school to pursue his acting career, Levi found “lots of groups of Christians” gathering around the city but never felt he belonged with any of them. After landing a part in the four-season ABC sitcom Less Than Perfect when he was 21, Levi knew finding a home base was an urgent matter. Eventually, he realized the men’s Bible study he was part of was fulfilling all his spiritual needs.

“The girlfriends and wives of the guys in the group didn’t have the same thing available,” Levi explains. “[So] we opened it up to everyone in the group, and it became a home church. Straight up Gospel, no frills, no gimmicks, no additives or preservatives. It’s breaking down the Gospel for its own truth and building from there.”

Levi met his pastor, Jeremy Boreing, a few years back but didn’t establish a strong connection until they connected at the Bible study a couple years later.

“We all engaged in a spirited conversation at a Bible study, over a message about Galatians,” Boreing says. “We all enjoyed the dialogue and it was a transition where I became a teacher at that Bible study and we developed into a home church. We became good friends, and wanted to work together both spiritually and creatively.”

Boreing and Levi wrote a TV series pilot together and, with their friend Joel Moore, produced a feature called Spiral in 2005 starring Levi and Amber Tamblyn (Joan of Arcadia). They also started a production company called Coattails Entertainment, developing other features and short films.

“We spend a lot of time talking about the first-century Church, and that it’s just another way of being intimate and familial, and those are really appealing aspects of it,” Boreing says. “Our whole thing is feeling trust in God. That’s why Zac has success walking the line as a believer in a largely secular setting. He’s not creating division between himself and other people; he just rests comfortably in who he is and in his faith, and trusts God with the rest.”

So what does it mean for Levi to live out that faith on-set and around his non-Christian co-workers? For Levi, actions speak louder than words. He admits it’s not always black and white, but the key is to be sensitive to the Holy Spirit in whatever you say and do.

“If you’re someone who puts their faith in Jesus, then trust Him in being led,” Levi says. “To me, it’s not rocket science. Go about your day putting your faith in God and standing on truth. It’s pretty easy: are you a jerk or not? Are you doing things to benefit you, or others? Are you available to be part of the solution and not the problem? Walk in love and that opens some doors of dialogue. How about just starting to talk and see where it goes? I don’t think there’s any clock on it—your life is God’s, so let Him do as He wills with it.”

Chuck had its two-hour season premiere last night (check it out on Hulu if you missed it) and has an all new episode tonight on NBC at 8/7 central. This article is an excerpt from a longer article that appears in the new issue of RELEVANT;  And click here to subscribe.

Passion 2010 Brings in Over $1 Million for Justice Causes