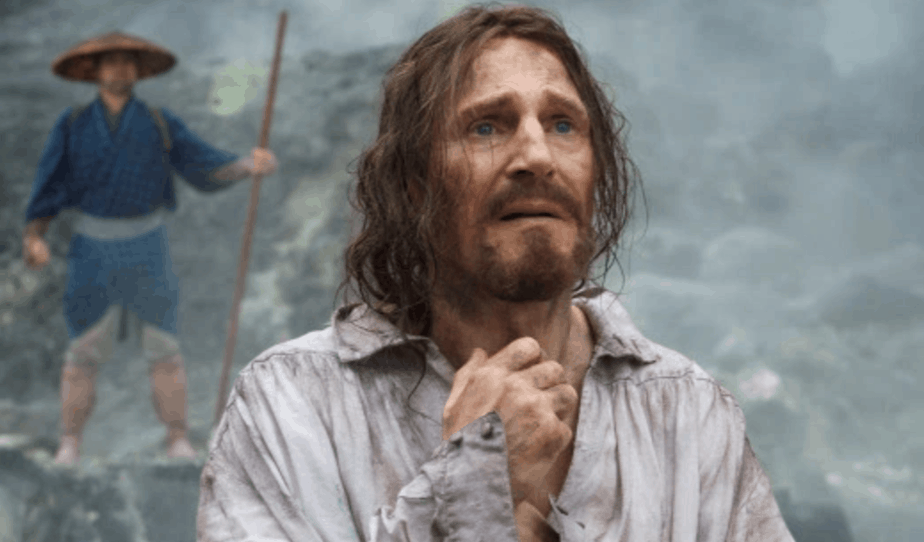 In Martin Scorsese’s religious epic Silence, Liam Neeson plays a Jesuit priest who is tortured for his devotion to Christ, and faces doubt and a crisis of faith head on. In an interview with the Patheos blog Sister Rose at the Movie, he said that the film was, “ a meditation on doubt, faith, a serious study about belief” and discussed how it impacted his own personal faith.

Like co-star Andrew Garfield, Neeson said that the Jesuit spiritual exercises—which he practiced in preparation for the film—-had a profound effect on him: “You strike up a relationship with Christ through the Gospels, so that ultimately Christ becomes your brother, someone you talk to regularly, every day, throughout the day.”

When Sister Rose asked about how his own faith related to the character of Father Ferreira, he said,

I think Ferreira’s idea of God was ultimately one of love, but this is what I choose to believe myself. If God were a stern master, I would have given up the faith long ago. God is love, love is God. I have had personal experiences of God’s love, beautiful and calming, all the things the Psalms talk about. If he was a stern master, well, I don’t know.

Silence is in theaters now.