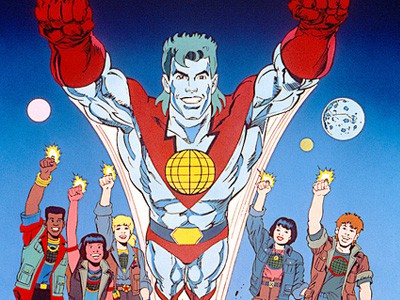 The topic of climate change doesn’t leave too many people feeling uplifted these days. There are so many voices contributing to the conversation it can be hard to digest all of the information, let alone know how to respond. Lucky for us there may be an actual hero sweeping in to save the day.

That’s right. The Hollywood Reporter shared that Captain Planet may be returning and making his way to the big screen. The 90s superhero reboot is being brought to you by Hollywood’s very own Captain Planet, Leonardo DiCaprio. Paramount is teaming up with the Oscar winner’s production company, Appian Way, to tell a new narrative of Captain Planet.

Reports are saying the script will take place years in the future after the superhero has spent a lifetime trying to fight pollution. This is the second time a production company has tried to get the rights to Captain Planet. Sony tried previously, but the project ultimately fell through. While the rights to the script are still pending, one this is for sure: Captain Planet, he’s our hero.

11 Things You Need to Know About Emotional Health

Under God? The Raging debate over religious liberty in america