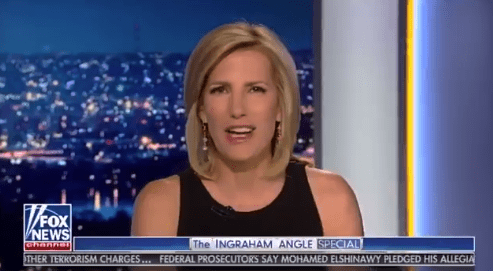 More than a dozen companies have dropped ads from Laura Ingraham’s Fox News show after she sent a tweet that mocked Parkland shooting survivor David Hogg for not being accepted into the colleges he was hoping for. Now, Ingraham will take a break from her show all week amid the advertising boycott.

On the air Friday, Ingraham said, “I’ll be off next week for Easter break with my kids, but fear not, we’ve got a great lineup of guest hosts to fill in for me.” Fox News has said the vacation was pre-planned, but the timing is rather convenient.

BREAKING: Laura Ingraham announced on tonight’s show that she would take next week off and be replaced by “a great lineup of guest hosts” pic.twitter.com/Ucoa4D45O2

Attention: Little Caesars Is Giving Away Free Pizza Today Because of a March Madness Bet

Justin Bieber’s Message to Fans: ‘Easter Is Not About a Bunny’