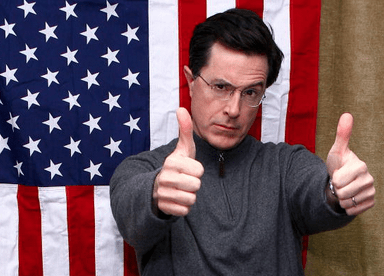 Late night talk shows are about to get pretty interesting. Both Jimmy Fallon and Stephen Colbert have released lists of coming guests for The Tonight Show and The Late Show, and some of the country’s most talked-about presidential candidates will be making appearances. Just days after GOP hopeful Jeb Bush stops by Colbert on Sept. 8 (as previously announced), Democratic candidate Sen. Bernie Sanders will be interviewed on The Late Show, showing that even though he’s no longer doing a political show, Colbert can still manage to draw big-name politicians. (Justice Stephen Breyer and UN Secretary-General Ban Ki-Moon are also on the lineup.) And, despite generally being known for lighter fare, Jimmy Fallon is also getting in on the political hype. He’s announced that on Sept. 11, Donald Trump will be a featured guest. All of this should be extremely fun to watch.