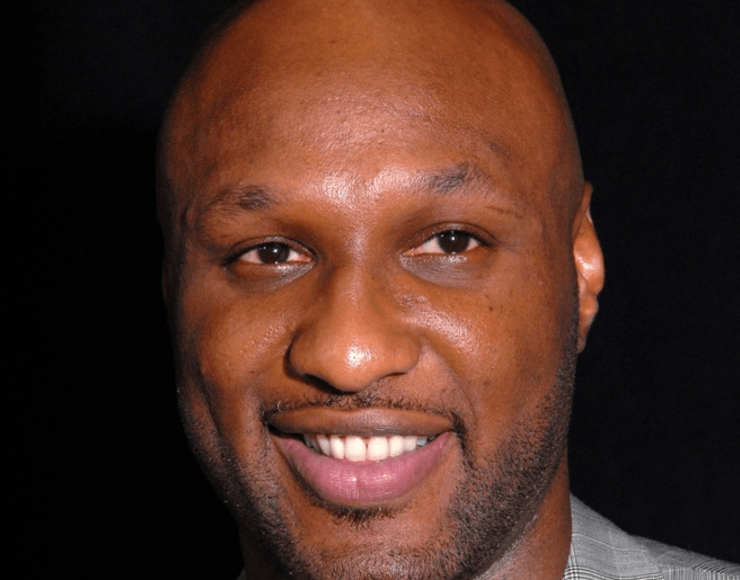 The world of sports—and indeed, reality television—was shocked in 2015 when former basketball star Lamar Odom was discovered comatose at a brothel in Nevada. His high-profile NBA career, headline-generating relationship with Khloé Kardashian and pervasive rumors of drug and alcohol abuse made him a sports page and tabloid staple for more than a decade. Yet there he lay, unresponsive and with fleeting hope for survival.

By God’s grace, Odom lived, and a month ago, he reflected candidly on the lifestyle that made him famous—the lifestyle that would eventually reduce him to a rigid body in a hospital bed, supported by machines, with a faint whisper of life. He recovered, and his story is powerful.

Here are five things that Lamar Odom gets exactly right about addiction.

1. No one sets out to become an addict.

Addiction is a way to mask or cope with pain in our lives. As a recovering alcoholic, it became a way for me to navigate major depressive disorder. But it never starts out as an intention to become an addict. We know the stigma. We sat through the classes. We read the literature.

In a vulnerable moment, we remove the control from the hands of God and give it over to addiction.

Odom wrote, “If I knew that it was going to affect my life the way it did, I would’ve never even thought about it. Never. But I did it. It turned out to be a life-altering decision. Man … Nobody is untouchable. Nobody in this life is immune to pain.”

2. The shame is paralyzing.

Shame is the feeling of regret and humiliation and guilt we experience when we’ve done something wrong. Substance abuse relieves those feelings for a moment, but over the long term, they feed and encourage guilt, regret, and shame. This unhealthy cycle is difficult to break from.

Understanding and empathy are keys to breaking this self-fulfilling cycle. It was only when I began to acknowledge my brokenness and allow myself to accept it—in the light of Christ’s redeeming work—that my healing process began in earnest.

The first time I said the words “I think I’m an alcoholic” was at a hospital where I went for help. And the situation was dire. I asked a doctor if I’d be okay, and he looked up from his chart and spoke bluntly. “Today we’re hoping for restorative care. We want you to get better. But in a year or two—we’re talking palliative care.”

His message wasn’t lost on me. “If things keep going this way, you’re going to die.” It took the looming figure of death for me to make a dramatic change.

Odom explained, “When you’re an addict, nothing can get through to you. I never thought I was going to die. I never thought I’d be in a coma. I didn’t think I had a problem. But then I woke up in a bed with tubes coming out of my mouth — and it was real.”

Everyone’s “come-to-Jesus” moment is different. For some, it’s the loss of a job or relationship. For others, it’s waking up in a hospital bed, or getting a DUI. Others come to their senses and decide it’s time to stop. The first step, though, as Odom alludes, is admitting that we have a problem.

4. The struggle is always there.

When I read this, it brought tears to my eyes. Odom isn’t wrong. But I’ve known many people who have experienced freedom from their disease through Christ, the Great Physician, who cures malady and washes away sin.

The disease theory of addiction is a prevailing narrative in our country. It tells us that once we’re addicted, we’re always going to be addicts. From a Christian perspective, to my view—and knowing what we do about addiction, honestly—I think it’s a lot easier to call addiction by the name “idolatry.”

As a recovering addict, I will always have some sort of proclivity for the drink, and if I let it prevail, it’ll drag me down and pull me under and I’ll be right back to where I was. The struggle remains.

But forgiveness from sin and delivery are also totally possible as we rail hard against our pain, fight the urge to medicate them with substances, and fill ourselves with the grace and mercy of Christ. As modern saint (and alcoholic) Brennan Manning said, God loves us in a state of disgrace as much as He loves us in a state of grace.Manning declares, “He comes to me where I live and loves me as I am.”

5. The opposite of addiction is connection.

Although the view is somewhat controversial, the data bears out a profound idea that some of our long-held ideas about addiction are in fact wrong. Addiction may represent an inability to bond and make meaningful connections. One of the things we say in AA is “We drank because we were drunks.” I believe that Lamar Odom gives us a clue to a slightly different hypothesis.

“Then one day, I just couldn’t take it anymore. In my messed up brain, anything was better than being alone 24/7 with my dark thoughts. I decided to end my life.” He says later, “I had my head in my hands. I couldn’t look at anybody. I felt so ashamed, and so alone.”

Fame, fortune, family and friends. All darkened underneath the interminable shroud of shame and alienation.

Loneliness, disconnection and shame are the life-work of Johann Hari. Hari has studied this in depth, and he offered a wonderful talk deconstructing the very root of addiction. It’s worth watching at length, but his closing line is the kicker:

We’ll stay addicted until the addiction kills us. The antidote is truly bonding with God and other human beings, finding meaning in life, and even connecting with ourselves. We must learn we have inherent worth and value, and the hope we can experience makes the choice to live an obvious conclusion.

In my addiction and recovery—and in my depression, relapse and continued recovery—I have held onto a singular truth: God loves me and accepts me as I am, not as I should be. He hopes and intends to rid me of these chains that threaten to drag me ever deeper into depression, anxiety, addiction, alienation. Even death.

Lamar Odom knows the drill, too. As I seek my own redemption, I pray for his, also. And if I had to guess, I’d say he’s on that road along with me.

The All-Female ‘Lord of the Flies’ Reboot Is Coming