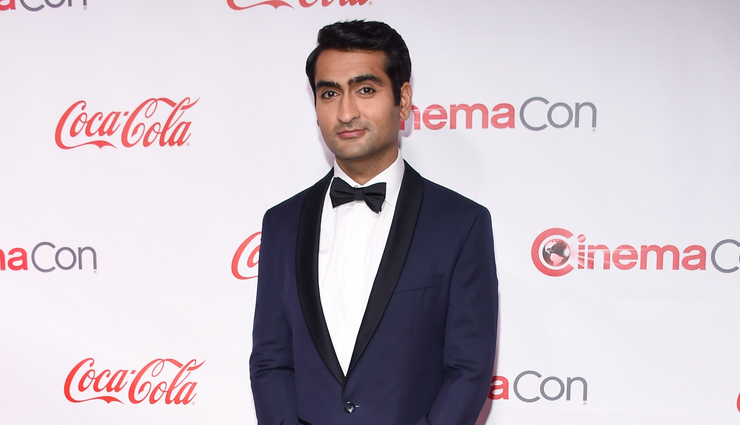 Kumail Nanjiani has had quite a career, from a slapstick doofus on Silicon Valley to the buzzy writer behind 2017’s The Big Sick to next year’s Eternals, in which he’ll join the Marvel brigade.

As is par for the course for these actors, that means he had to get himself into superhero shape. He posted a picture of the results today and, no two ways about it, the guy is jacked. But maybe more astonishing was the caption that went along with it.

“I would not have been able to do this if I didn’t have a full year with the best trainers and nutritionists paid for by the biggest studio in the world,” Nanjiani said. “I’m glad I look like this, but I also understand why I never did before. It would have been impossible without these resources and time.”

Although it’s rarely talked about, men’s struggles with body image issues is on the rise. Some experts estimate that men have one in four of all eating disorders in the U.S. As a recent HuffPo article found “In the same way that girls are more likely to consider themselves overweight, even when they are underweight, studies have shown that boys are more likely to perceive themselves as underweight, even if they’re actually overweight. Just like kids with anorexia, boys suffering from muscle dysmorphia will engage in extreme behaviors to reach their goals.”

Researchers cite the increasing musculature of toys like G.I Joe as part of the culprit, as well as the growing dominance of action heroes. In the 90s, musclebound stars like Arnold Schwarzenegger and Sylvester Stallone were a rarity. Today, even goofballs like Chris Pratt, Ryan Reynolds and Nanjiani are getting yoked. The prevalence of unrealistic body types isn’t nearly as prevalent for boys as it is for women, but it is a growing problem — and one America is ill-equipped to navigate.

But part of that navigation is helped by these stars being open and honest about this part of their job. Hopefully, Nanjiani’s transparency can help set a new method for these types of conversations.

David Kinnaman on Why the Digital Revolution Is the New Babylon