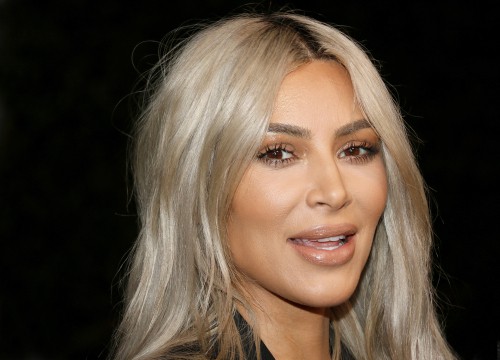 When Kim Kardashian West suddenly became a critical voice in the release of 63-year-old Alice Johnson from prison, we scratched our heads. “Is she an activist now?” we all asked ourselves.

The answer is yes. Now that Johnson is walking free, the reality star is exploring what other social ills she can use her star powers to solve. And she’s set her sights on something that affects us all.

Fast Company reports that Kardashian West has been trying to convince Twitter CEO Jack Dorsey to add an edit feature on Twitter. And we’re all like, “Right!?” We are tired of deleting our posts and rewriting them—or just letting them stand—with dumb typos!

The two discussed the matter at her husband’s birthday party, according to CNET, and she says that the social media mogul “heard [her] out.”

I had a very good convo with @jack this weekend at Kanye’s bday and I think he really heard me out on the edit button.

So it seems that she’s hopeful that we’ll be able to edit our tweets soon. But just keeping it real, you’d probably be optimistic about your negotiating skills too if you just convinced the leader of the free world to release someone from prison.

What good deed will the reality star set her sights on next and what is this all about? Top guesses: Kim Kardashian West is running for sainthood or president.

One Swear Word Shouldn’t Turn You Away From Lecrae