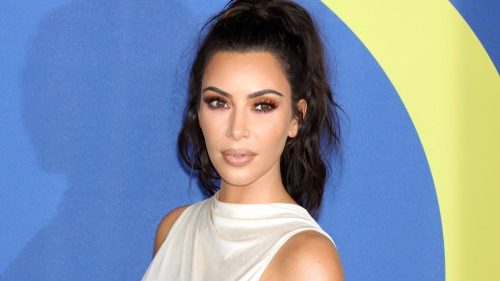 New York Magazine has released their look back at the people who defined the decade, including conversations with people like essayist and author Ta-Nehisi Coates, novelist Margaret Atwood and activist DeRay McKesson. The cover star is Kim Kardashian and wherever you fall on the scale of Kim fandom, there’s no denying that few people did more to shape the way we think about celebrity in 2019.

In an interview about her last 10 years of reality star status, Kardashian spoke about her life as a sex symbol and said that she has some “complicated” feelings about it.

“It can be complicated,” she said. “I definitely see the things that I brought on myself, the biggest being the robbery. Just being flashy and oversharing my every move on social media. But I enjoy my life. Someone said to me the other day, ‘What is it like being you?’ It’s awesome.”

She was also asked if she has been intentionally dressing less “sexy” of late.

“I think I have a little bit,” she said. “I don’t know if it’s the fact that my husband has voiced that sometimes too sexy is just overkill and he’s not comfortable with that. I listen to him and understand him. Still, at the end of the day, he always gives me the freedom to be and do what I want.”

West voiced his discomfort with Kardashian’s Met Gala dress on an episode of Keeping Up With the Kardashians, saying, “You are my wife and it affects me when pictures are too sexy.”

“I have kind of had this awakening myself,” Kardashian said. “I realized I could not even scroll through Instagram in front of my kids without full nudity coming up on my feed pretty much all the time. And I definitely contributed to that. I mean, one of my most iconic covers was the Paper magazine.”

(The Paper magazine cover she’s referencing is the infamous “Break the Internet” cover.)

“I also did think, like, ‘OK, I’m here in the White House and then the next day I was posting, like, a crazy bikini selfie’,” Kardashian continued. “And I was thinking, ‘I hope they don’t see this. I have to go back there next week.'”

Kardashian has appeared at the White House multiple times to ask President Donald Trump to commute sentences for nonviolent drug offenders slapped with exorbitant prison sentences, and her prison reform has moved from being an interesting leverage of her unique celebrity to what certainly looks like a real passion. She’s even studying to become a lawyer.

You can read the whole interview here.