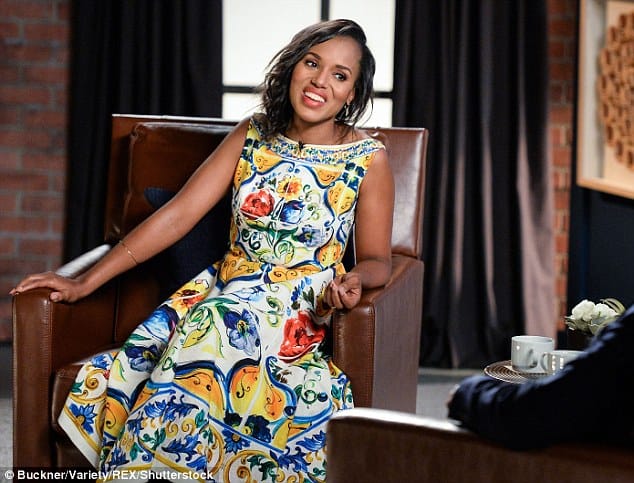 We’ve known for a while now that Hollywood has a diversity problem. And that problem extends to the kinds of roles offered to minorities.

Actress Kerry Washington has been at the forefront of calling out the lack of diversity in the entertainment industry. Well, yesterday Variety published a video of Washington talking with comedian Aziz Ansari (who deals directly with issues like minority typecasting in his show, Master of None), in which she told the story of being fired from two TV pilots because she wasn’t “hood” or “urban” enough.

For both [pilots], it was because they wanted me to sound more ‘girlfriend,’ more like ‘hood,’ more ‘urban.’

Of course, now Washington has found success on her show Scandal—and she’s even credited with opening doors for more black actors challenging stereotypes on TV. But that doesn’t mean there’s not a ways to go in appropriately diversifying the entertainment industry.

10 Must-Read Books of the Last Decade (Or So)

Wait, ’Fuller House’ Might Be the Most Popular Show on Television?