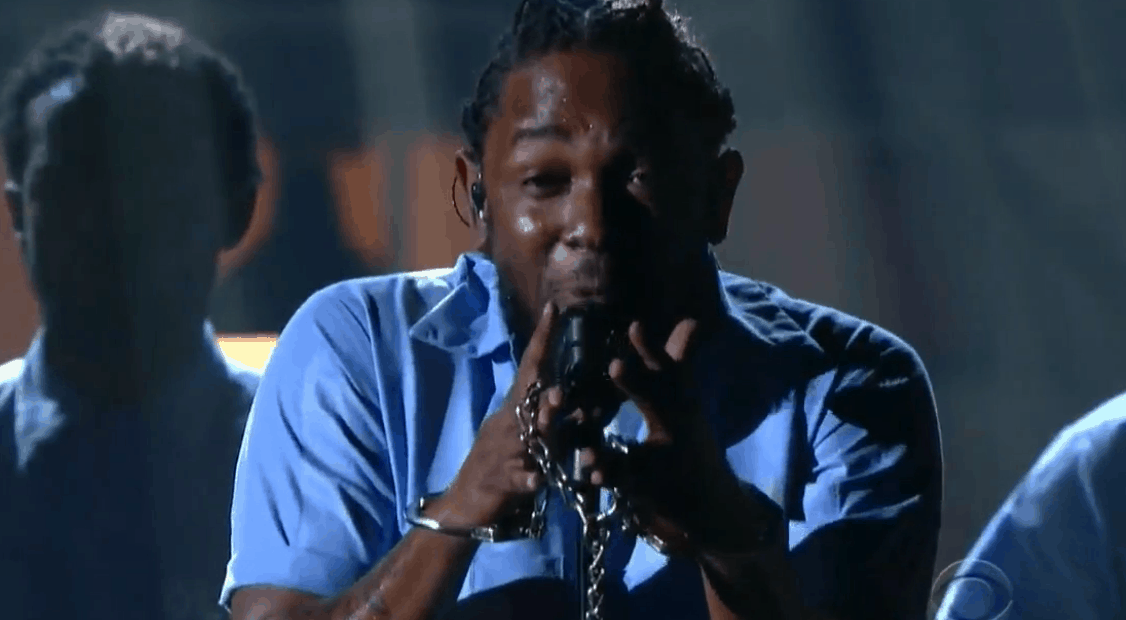 Taylor Swift became the first female artist to win album of the year twice at last night’s Grammy Awards, and she used the opportunity to address Kanye West’s controversial reference to her on his new album, The Life of Pablo. (Along with a vulgar statement about Swift, West claims to have “made that b**** famous” for infamously interrupting her during an MTV Awards acceptance speech in 2009.) Swift, who won a total of three Grammy during the evening, told the audience, “As the first woman to win album of the year at the Grammys twice, I want to say to all the young women out there: there are going to be people along the way who will try to undercut your success or take credit for your accomplishments or your fame.”

Though Swift’s album 1989 took home the night’s biggest award, it was Kendrick Lamar who was arguably the Grammy’s breakout star. Not only did he take home five awards in the 11 categories he was nominated in (including Best Rap Album for his amazing To Pimp A Butterfly), but his electric performance of “The Blacker The Berry” and “Alright,” provide the evening’s most talked-about moment. Mashing up images of mass incarceration and tribal dancing, Lamar’s lyrical depth, social activism and masterful skills as a performer were on full display.

As usual, the actual live performances proved to be sort of a mixed bag with great sets (Bieber with Diplo and Skrillex, Swift and Bleacher’s frontman Jack Antonoff playing “Out of the Woods,” the Alabama Shakes—who won three awards including best alternative album—rocking out, The Weekend’s—two wins—soulful solo display), and some not-so-great ones. Technical sound issues marred Adele’s appearance, and someone apparently thought viewers would really enjoy a collaboration with Pit Bull, Joe Perry and Robin Thicke.

Ironically though, on an evening mostly dedicated to celebrating pop stars, it was a Broadway cast that ended up almost stealing show. The cast of the hip-hop infused historical hit, Hamilton, delivered on Stephen Colbert’s introduction promise of showing audiences “something truly special.” Their energetic glimpse at the production—which won a Grammy for Best Musical Theater Album—was entertaining, innovative and managed to make the buzzed-about production even more culturally powerful.

8 Myths Every Millennial Believed About Adulthood