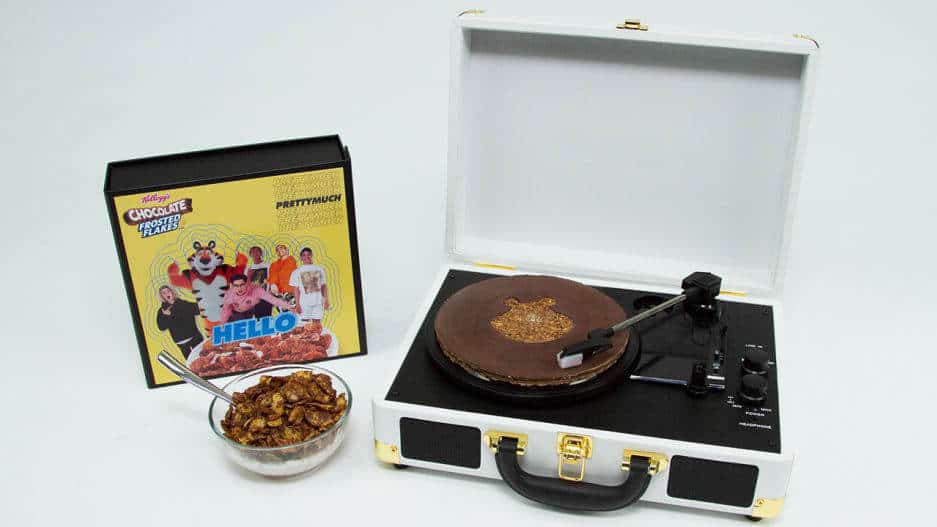 We can’t believe this worked. Los Angeles band PRETTYMUCH partnered with Kellogg’s to release their song “Hello,” not on vinyl, but on cereal. The record is playable and edible. For real.

Fast Company pulled back the curtain on how the record was created. A scan of the master recording was turned into a 3-D mold, which the researchers filled with chocolate Frosted Flakes cereal and melted chocolate. After freezing the whole thing, the creators put the thing under an actual record needle, and it played the freaking song.

Honestly? Not a terrible idea. Put on a record, eat it afterward. There’s a solid date idea here.