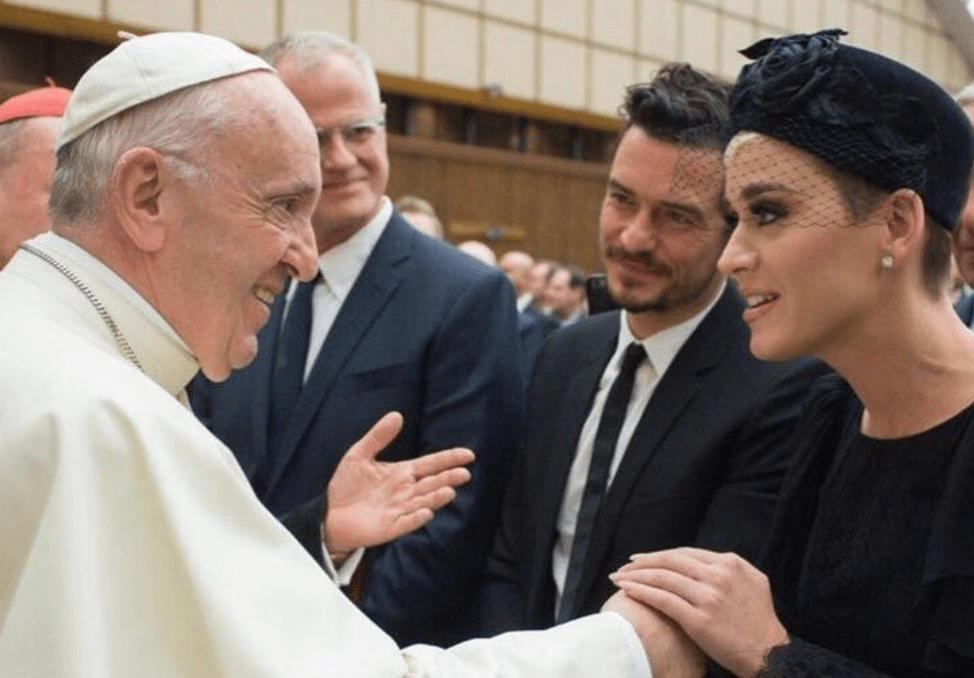 On Sunday, American Idol host and pop star Katy Perry tweeted a picture of her meeting Pope Francis. “Honored to be in the presence of His Holiness @Pontifex‘s compassionate heart and inclusivity,” the tweet read.

The two met during a three-daylong series of discussions at the Vatican about the fourth annual international conference called Unite to Cure: A Global Health Care Initiative.

“The event, the fourth of its kind, seeks to raise global awareness and create a forum for collaboration around the wide array of powerful and promising cell therapies, gene therapies, and immunotherapies emerging from medical institutions around the world, as well as the impact new technology will have on humanity and society,” a press release by the Cure Foundation explains (h/t Christian Post).

This year’s meeting will “examine the role of artificial intelligence, virtual reality and big data in health care delivery, and will discuss how technology can be used to extend health care access to less developed nations and to the underserved. Participants will also explore ways to prevent disease through behavior modifications, vaccinations, mediation and diet.”

This meeting comes as Perry has been in a protracted legal battle to buy a Los Angeles convent. The sale of the estate has been contested by the aging Sisters of the Immaculate Heart who have resided at the property for decades.

The L.A. courts ruled in favor of Perry buying the 30,000 square foot estate. But Sister Rita Callanan of the Immaculate Heart order has stated her intention to appeal to Pope Francis.

The meeting between the pop star and the pope, however, seems to be quarantined from the dispute over the L.A. property. The holy father has made no public comment on the dispute as of yet.

Honored to be in the presence of His Holiness @Pontifex's compassionate heart and inclusivity. Thank you to @meditationbob and #TheCuraFoundation for making it all possible.❤️?#UniteToCure pic.twitter.com/EEPWJI2gkT

Will Smith Had a Pretty Profound Thought About God and Fear

Restaurant Fined $10,000 for Requiring Black Patrons to Pay for Food in Advance