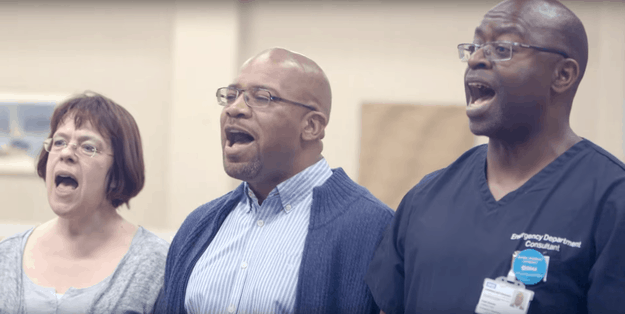 Justin Bieber is in danger of losing the coveted Christmas No. 1 spot on the charts. Who is this formidable opponent? A bunch of doctors. The NHS Hospital Choir in UK released the charity single “A Bridge Over You,” which has already beat out One Direction’s “History” on the iTunes charts. At the time of posting, NHS is currently only a few hundred sales behind Bieber. The Biebs has been encouraging fans to support the NHS choir via social media.

The choir is made up of nurses, doctors, midwives, medical workers and hospital administrators from around the UK. Proceeds from the song will be shared between various medical charities.

The Beatles Catalog Is (Finally) Available for Streaming