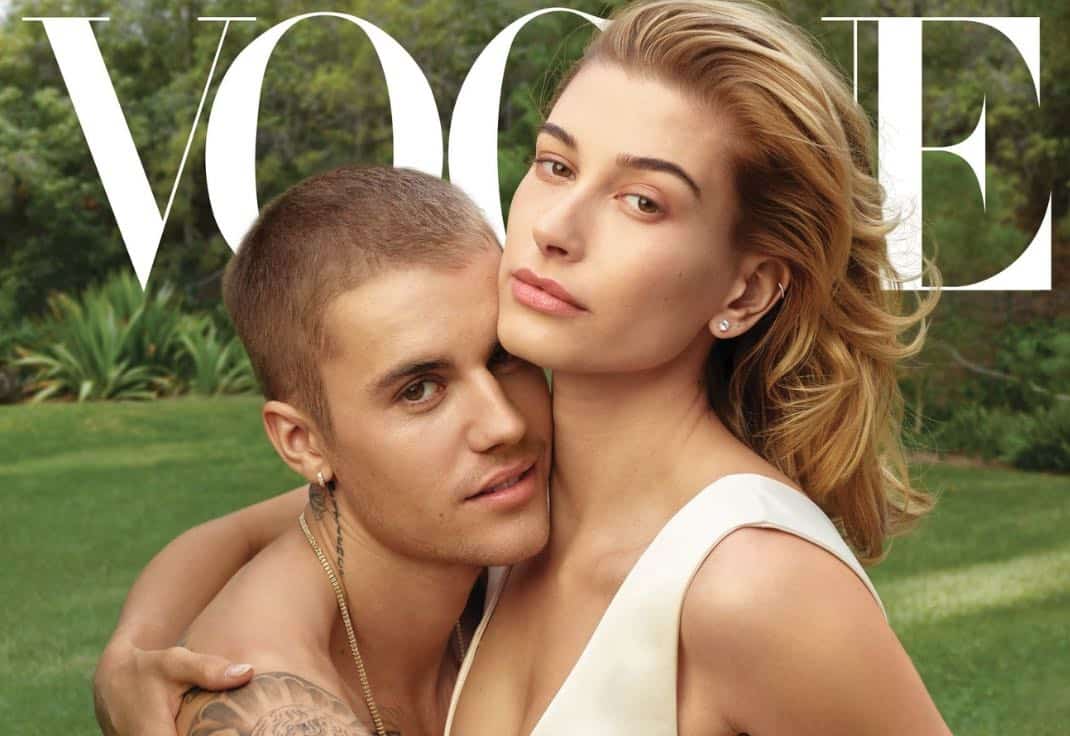 Newlyweds Justin and Hailey Bieber are on the cover of the new issue of Vogue, and for the story, they got extremely personal about their marriage and faith. It’s a vulnerable interview with two people who are typically somewhat guarded.

The Biebers say they waited to have sex before they were married, and admitted their marriage has been really challenging at times. Hailey said, “The thing is, marriage is very hard. That is the sentence you should lead with. It’s really effing hard.”

However, the couple has been seeking help from pastors like Judah Smith (quoted throughout the piece), as well as marriage counselors. Justin discussed stepping out of the spotlight for a while before their marriage to address the personal issues he’d struggled with.

“Just thinking about music stresses me out,” he said. “I’ve been successful since I was 13, so I didn’t really have a chance to find who I was apart from what I did. I just needed some time to evaluate myself: who I am, what I want out of my life, my relationships, who I want to be—stuff that when you’re so immersed in the music business you kind of lose sight of.”

They also talked openly about their faith. Justin explained:

I wouldn’t consider myself religious. That confuses a lot of people because they’re like, Well, you go to church. I believe in the story of Jesus—that’s the simplicity of what I believe. But I don’t believe in all the religious elitism and pretentiousness, like people are better than you because they come to church, like you have to go to church and dress a certain way. I get sensitive when religion comes up because it’s been so hurtful to a lot of people. I don’t want to be thought of as someone who stands for any of the injustice that religion has done and does do.

Though Hailey says she has never used drugs at all, Justin told some dark stories about abusing Xanax, partying and even having those around him fear for his life because of drug abuse.

But, when asked about how she knew Justin was ultimately the man she would marry, Hailey said, “I prayed to feel peace about the decision, and that’s where I landed. I love him very much. I have loved him for a long time.”

Yes, Justin Bieber and Hailey Baldwin are two of the most famous people in the world, but it’s hard not to read the interview and come away with anything but the idea they are two twenty-somethings trying their best to have a great marriage. It’s hard not to root for that.

Here’s What You Need to Know About the Green New Deal, the Latest Proposal to Save the World