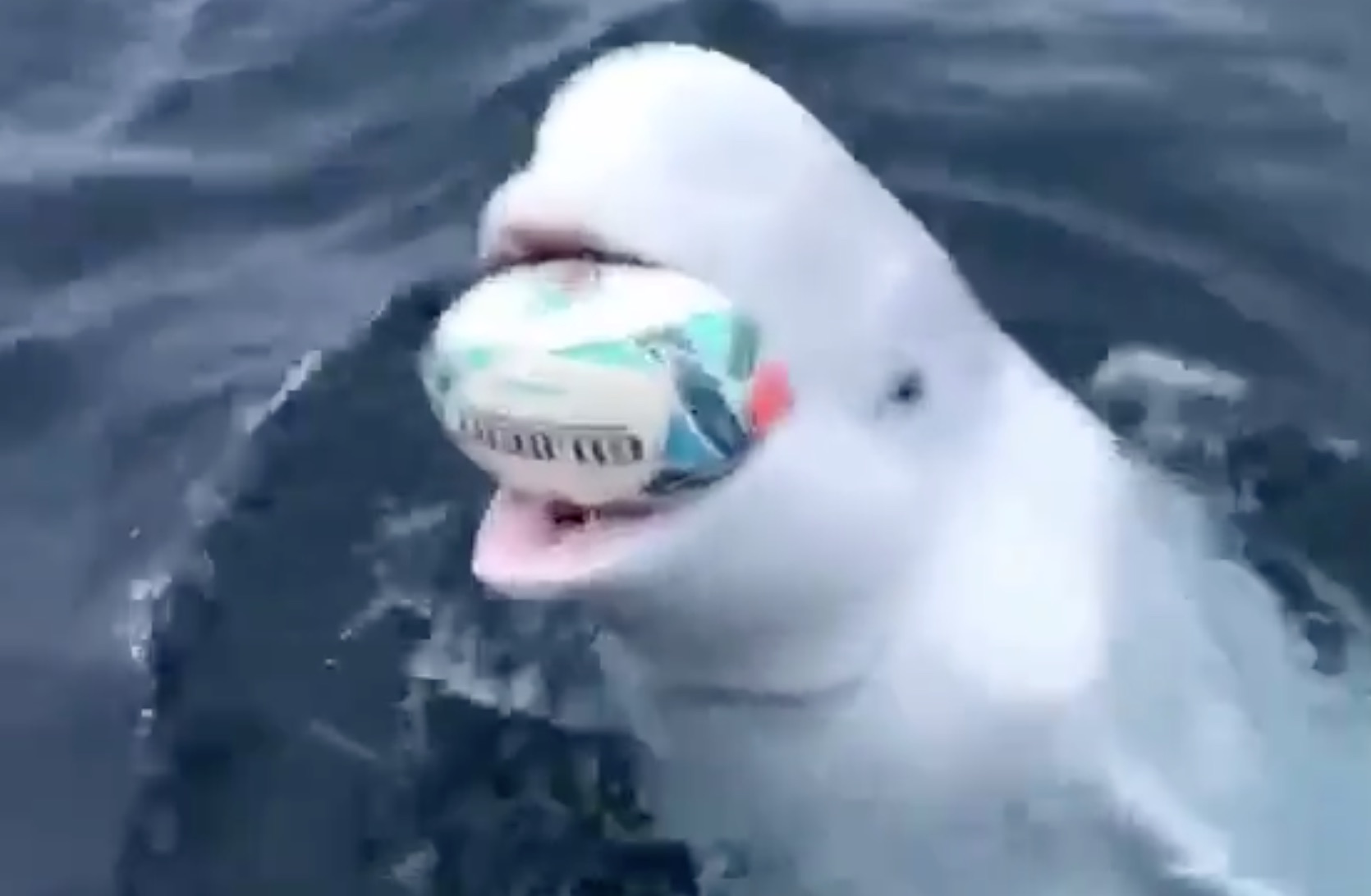 The daily stresses of life and troubles of our modern era can be a lot but here’s a pleasant little ray of sunshine that nobody can ruin. Some rugby fans from South Africa were on a boat near the Arctic Pole and somehow got into a friendly game of fetch with a beluga whale.

That ball is actually an official 2019 Rugby World Cup ball, but it’s not clear the beluga knows or cares about the stakes of the game he or she is playing.

Belugas’ trusting nature and predictable migration habits make them easy prey for human hunters, who kill about a thousand per year. That’s about half of how many belugas used to be hunted annually in the mid-90s and the whales were nearly hunted into extinction in several parts of the world. They’ve made a nice rebound in recent years thanks to new regulations, but questions remain about the sustainability of some hunting practices in Canada and the U.S.

The Trailer for ‘The Invisible Man’ Promises Timely Terror