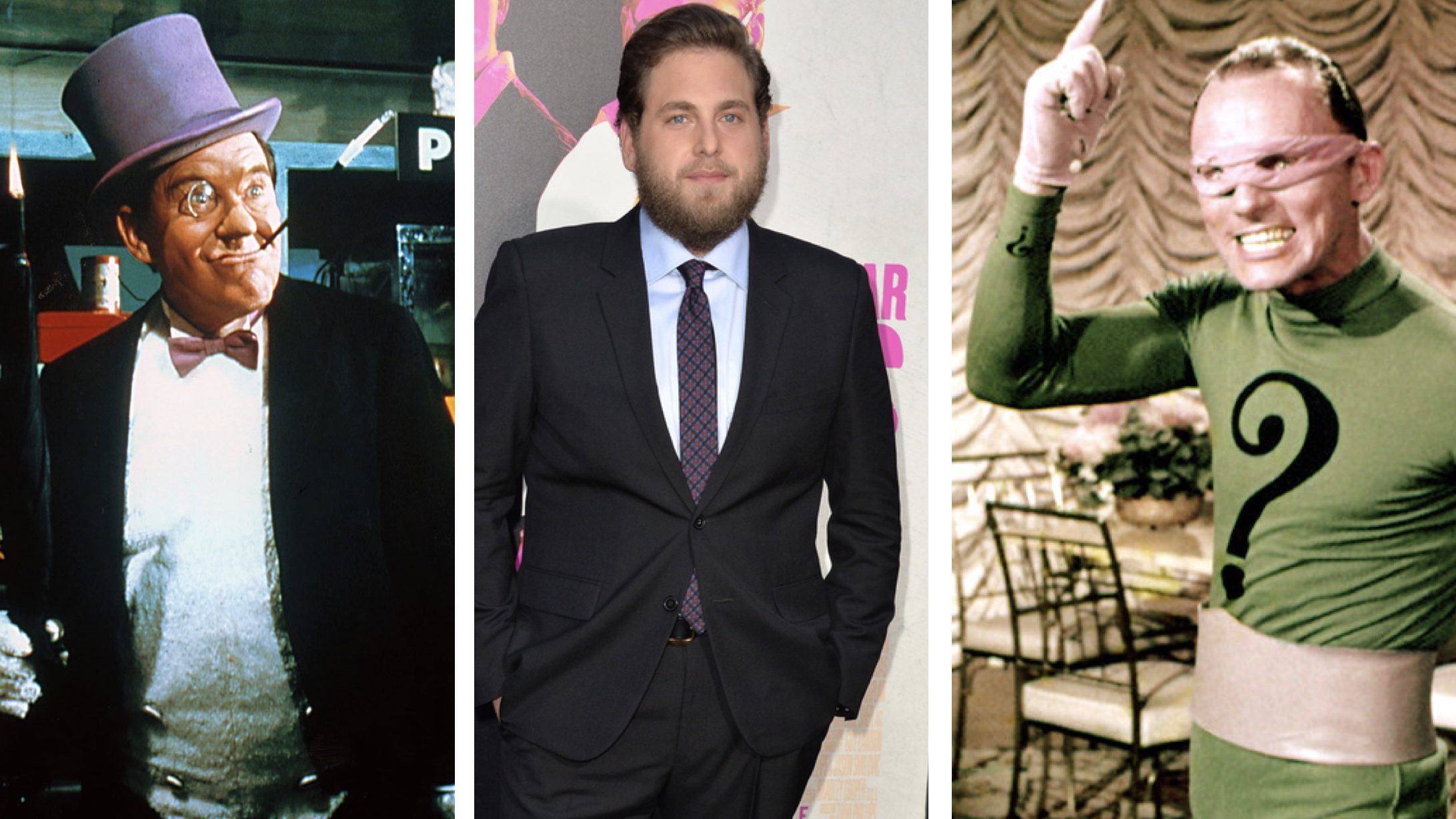 The next big Batman reboot continues to intrigue with an intriguingly unlikely cast. Matt Reeves, the guy behind the excellent Planet of the Apes trilogy will direct Robert Pattinson’s Batman (Pattman? Battinson?) of course and we’ve also heard that Westworld’s Jeffrey Wright is being targeted for Commissioner Gordon. And now, though details have yet to be finalized, it looks like we may have our villain, who has some experience in playing a Superbad.

Yes, Jonah Hill is evidently being eyed to play some sort of bad guy, though we don’t know exactly who yet. The Hollywood Reporter says both the Riddler and the Penguin are possibilities, since both may be appearing in the upcoming movie. The Riddler was last portrayed by Jim Carrey in 1995’s Batman Forever (the Val Kilmer one). The Penguin by Danny DeVito in 1992’s Batman Returns (the second Michael Keaton one).

The deal could still fall through but Variety reports that producers have wanted Hill from the beginning, so now it just comes down to an issue of money. And, hey, when has money ever gotten in the way of a good superhero movie?

Hill is still best known for comedy but has nimbly navigated the jump to dramatic fare like Moneyball, The Wolf of Wall Street and, most recently, Netflix’s trippy sci-fi series Maniac.

We Finally Have a Full Trailer for ‘El Camino: A Breaking Bad Movie’