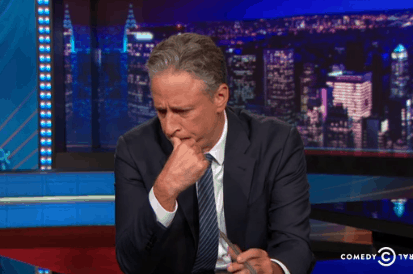 During a monologue on The Daily Show last night, host Jon Stewart told his audience he was not going to tell any jokes about the previous night’s shooting in a church in Charleston. Nine people were killed when a 21-year-old man walked into the historic black church and opened fire on a Bible study. Stewart’s monologue (which contains some censored strong language) discusses deeply rooted racism that still permeates many communities in America, and the inaction that is often in response to it.

I honestly have nothing other than just sadness that, once again, we have peered into the abyss of the depraved violence that we have to do to each other, and the nexus of a gaping racial wound that will not heal, yet we pretend doesn’t exist … This is a terrorist attack. This is a violent attack on the Emanuel Church in South Carolina which is a symbol for the black community. I hate to use this pun, but this one is black and white. There is no nuance here.