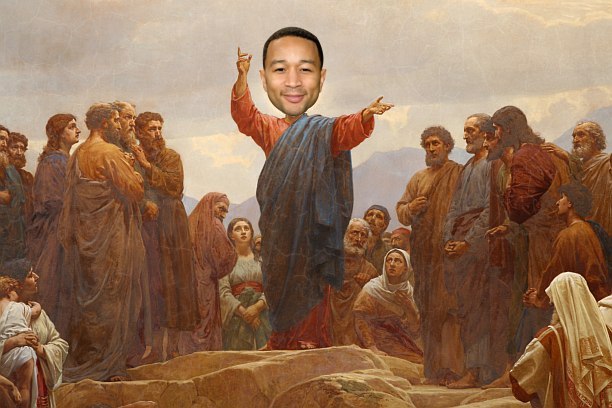 Jesus Christ Superstar is next up in NBC’s live musical events, and they’ve netted the right man to fill the biggest sandals in history. John Legend will star as the Messiah and, frankly, we’re on board.

“We’re all overjoyed to have world-class musical artist and producer John Legend starring as Jesus,” said Robert Greenblatt, chairman of NBC Entertainment. “This score demands a singer with an amazing range and an actor with great depth, and there isn’t anyone better to bring this story to a new audience. His casting is also groundbreaking as the traditional image of Christ will be seen in a new way.”

This will give Legend the opportunity to land an Emmy Award, the final jewel in his nearly completed EGOT (Emmy, Grammy, Oscar, Tony) crown. “I’m thrilled to join the cast of this production of Jesus Christ Superstar Live in Concert,” Legend said. “It’s such a powerful, meaningful musical and I’m humbled to be part of this performance. We’ve already formed an incredible team, and, as we finish casting, I’m certain we will put together some of the greatest talents around to do this work justice.”

One thing’s for sure. Chrissy’s tweets are gonna be a wonder to behold.

The Big Myth About Forgiveness