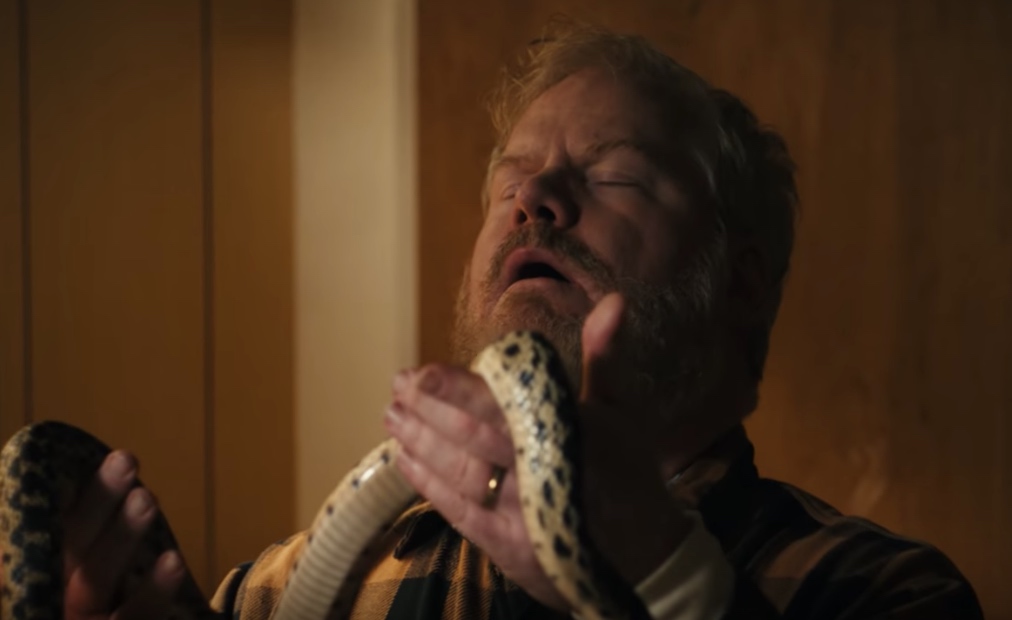 Well, Jim Gaffigan’s next movie is an interesting career turn.

The stand-up comedian is one of the stars of the upcoming thriller Them That Follow.

Here’s the official synopsis: “Deep in Appalachia, Pastor Lemuel Childs (Walton Goggins) presides over an isolated community of serpent handlers, an obscure sect of Pentecostals who willingly take up venomous snakes to prove themselves before God. As his devoted daughter, Mara (Alice Englert) prepares for her wedding day, under the watchful eye of Hope Slaughter (Academy Award Winner Olivia Colman), a dangerous secret is unearthed and she is forced to confront the deadly tradition of her father’s church.”

Gaffigan is a devout Catholic and faith frequently plays a role in his comedy but he’s not known for his dramatic work.

The film releases in August.

Jim Brought Roy Into His Hockey Feud With Pam