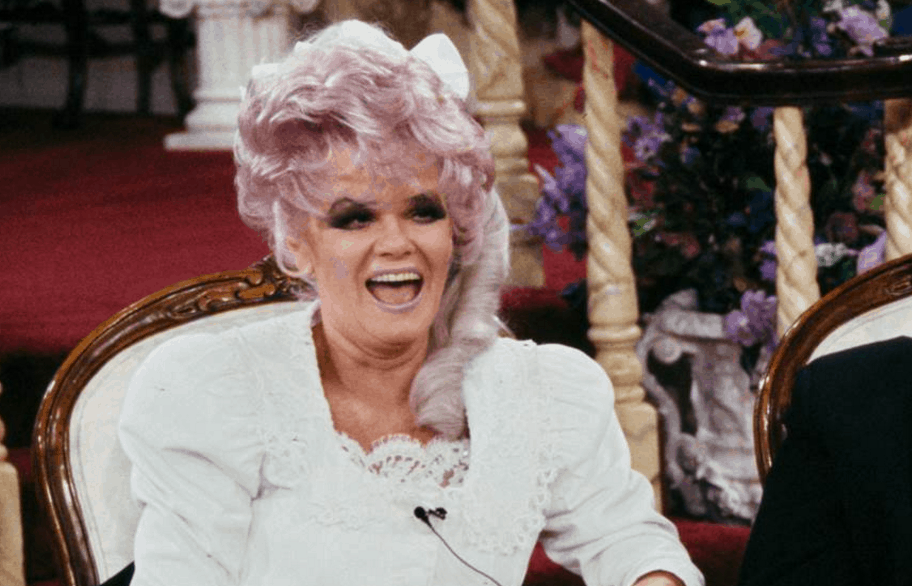 This morning, Matt Crouch posted a Facebook message informing viewers that his mother, Jan Crouch had died. Over the weekend, she suffered from a life-threatening stroke, and early on, they said that a recovery was unlikely.

Laurie and I have just watched the transition of our precious Mother from this world to the next; watched her step into the presence of Jesus and into her heavenly reward. Jan Crouch, known around the world as Momma Jan, has gone home.

Crouch co-founded Trinity Broadcasting Network in 1973, and was a fixture on the TV network for decades. Matt Crouch wrote,

In an extended message about her passing, her children wrote,

Viewers of the Trinity Broadcasting Network knew her as someone who partnered with Paul Crouch in the launch and expansion of TBN, and as someone who came into their homes for over 40 years … Jan Crouch loved many things, but most of all she loved Jesus, and now has seen Him face to face and has experienced His grace in fullness.