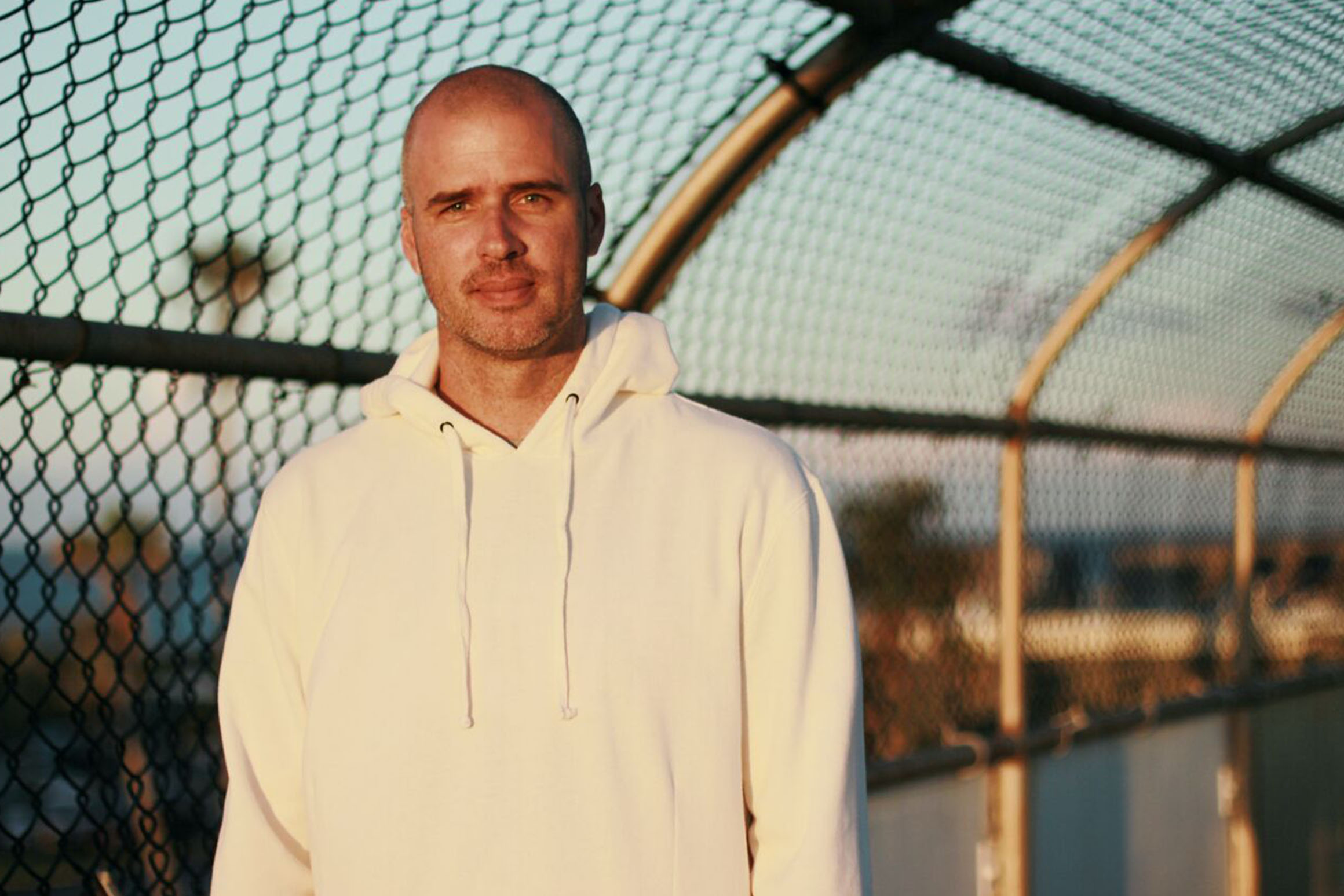 In 2006, Jamie Tworkowski founded his mental health-focused non-profit To Write Love On Her Arms to help a friend of his who had been denied entry into a local treatment center. Today, TWLOHA employs more than a dozen people (plus some interns) and has provided over $2 million to treatment and counseling initiatives for people struggling with anxiety, depression and suicidal thoughts.

Amid the organization’s rapid growth from MySpace page to official headquarters in Melbourne, Florida, Tworkowski went from being a sales rep with Hurley sales rep to a non-profit CEO. It took some adjustment, both for TWLOHA from a mission standpoint and for Tworkowski from an identity standpoint.

Tworkowski sat down with RELEVANT’s Cameron Strang for a recent episode of Unedited. In the interview, the TWLOHA founder opened up about how his job has evolved over the years, and how his relationship with his work had to change in the face of his own mental health struggles.

It seemed like it took a couple of years to figure out what TWLOHA was really about.

Sure, even just how to get organized, how to build a team, the difference between leading a Myspace page and a staff. I’m really thankful that 13 years in, we’re still going. By a lot of measurements we’re maybe in the best place we’ve ever been. We’ve been able to have an impact on so many groups of people. It’s been really neat to be 13 years in and still have the chance to meet and hear from people who say, ‘I’m still alive because of what you do.’ It brings you back to the heart of it.

That’s crazy. With you guys, it’s a life and death thing.

Yeah. People ask, ‘What’s the best part?’ I think the best part is attached to the hardest part. The best moments are, ‘Hey, I ended up getting help because of what I encountered.’ Then we also we hear from families who have lost a loved one to suicide or to an overdose. Both have a way of reminding you what’s at stake.

Do you carry the weight of all that?

In certain moments, for sure. It feels healthier today because we have a team. It’s still human and it’s still hard but between our staff and interns there’s about 25 of us, compared to when it was me and a MySpace page. That was just overwhelming. There are moments that certainly mess you up, but I’m thankful I still find it heartbreaking.

I’m also someone who struggles with depression. Sometimes people are surprised but I feel like I’m probably equally affected by my own stuff as the weight of what I carry, if that makes sense. Counseling has become a really important outlet, whether it’s me processing my own life or the weight of what I do in my work.

You’ve been open about your own mental health journey and I think that’s allowed a lot of people to feel like they can talk about it, too. You set out to help somebody and it ended up being in the lane of something that you need.

I feel really thankful. There are nights where I’m standing on stage saying something I’ve said a bunch of times before, and I’m aware that I’m almost talking to myself. I’m speaking out of my own need. So I’m thankful to have not just this job, but this outlet to be honest. I feel like I get to bring my whole self and my heart to work.

What are the things that you’ve learned that have helped you in your journey and brought healing and balance to you?

I think I got comfortable telling people it’s OK to go to counseling and it’s OK to take meds. These are things that are part of my everyday life. I’ll go to counseling tomorrow morning. I’m so thankful that once a week I have this appointment and this hour to be honest and a person who helps me process.

I’ve also been on antidepressants for a number of years. Self-care is a bit of a loaded term but I think I’ve realized there are other things I’m allowed to care about: how much I sleep, what I eat, exercise, relationships, being a basketball fan and being a surfer. I think it could be tempting to think, ‘Oh that’s kids stuff,’ but I think it’s coming back to what makes me feel alive. I know I need to have a well-rounded life. I need to have a life that’s more than my identity as it relates to To Write Love On Her Arms and the work I do within that.

What brought you to the point where you had to start making changes?

There have been a couple times where people stepped in and said, ‘We’re really concerned,’ usually around breakups in my life. Those are really awkward, hard moments. Years ago, there were a couple times where I was booked to speak somewhere and [TWLOHA leadership] said, ‘We don’t think you should go. We’re going to send someone else. You have to take care of yourself.’

Really hard conversations gave me permission to work on my healing. Our leadership has been really encouraging. Even a year and a half ago our team sat me down and said, ‘Hey you seem unhappy, you seem uninspired. Let’s talk about your role and what you want your life to look like.’ That lead to a sabbatical. I think we know to some extent when we’re really trudging, but at times we need other people to sit us down and tell us what they see and how it’s affecting the people around us.

So you’re intentionally making changes to create more margin. You’re not in the office every day.

Yeah, and I’m just hoping it can be healthy. I still feel a real sense of purpose and a lot of gratitude with what I get to do with work. I just know that there has to be more in my life.

Do you struggle with identity?

Yeah, definitely. I don’t have the biggest vote or the loudest voice at the organization today, and that’s humbling. I was basically given the question, ‘What do you want?’ And as we answered that question that was how it played out. I wanted some freedom and independence—not total separation, but some—and with that came giving up some power an elevating other people. A year and a half into that change, there are still challenging moments. This thing you’ve founded is your baby for a dozen years, and to let go to some extent has certainly been challenging. But it also feels healthy, especially when I see us thriving. I see things I’m really proud that I didn’t have a ton to do with. I’m really thankful it is bigger than me.

Why do you think things have changed so much in the mental health conversation in recent years?

The need is tremendous. Logically, when we keep seeing headlines about an overdose or a suicide or a mental health study, that gets people thinking and talking. Then, more and more people in more and more circles talk openly about these things and it makes it easier. I love the NBA, and DeMar DeRozan and Kevin Love spoke up about a year ago about anxiety and having panic attacks, and it made it easier for players and fans to think about it, to talk about it, to know that’s part of being human at every level no matter what you do for a job. I think we see that in so many different circles.

We know that these issues affect so many different kinds of people, and I think as more and more people speak up, we’ll just begin to realize we don’t have to fake it. It’s OK not only to talk about it, but get the help we need.

10 Must-Watch Things Coming to Netflix In May

Not a Joke: Jaden Smith Is Playing an Alternate-Reality Kanye West In a New TV Show