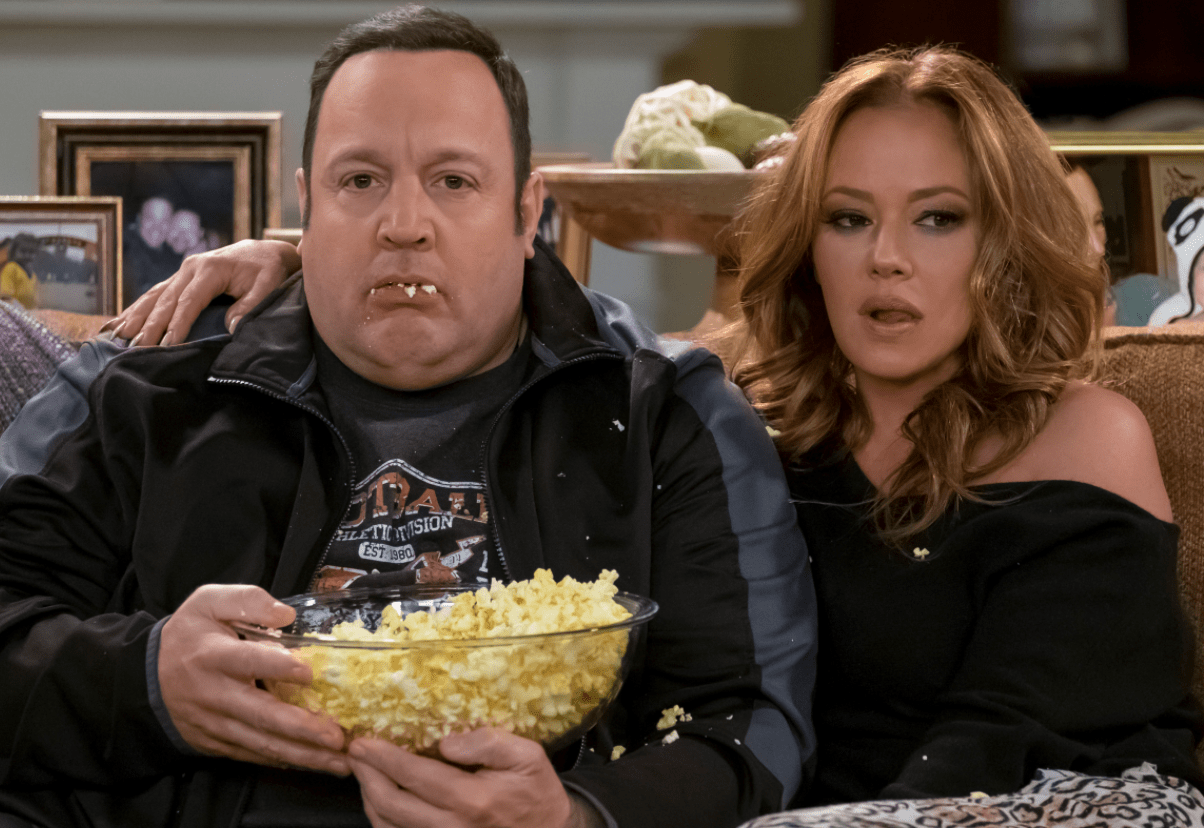 The network CBS has decided to take the completely ridiculous step of changing TV’s most watched comedy, to essentially turn it into a show that aired 20 years ago.

In the show Kevin Can Wait, Kevin James plays a recently retired cop living in the suburbs of New York with his wife, and the comedy primarily revolves around him being a blue-collar goofball. It’s essentially the same set up as The King of Queens that aired for nine seasons starting back in 1998. The one main difference (other than Kevin James playing, technically, a different character), is his TV wife:  Erinn Hayes played the role in the first season of Kevin Can Wait, but Leah Remini played the role on King of Queens.

Remini guest starred in two episodes of the new series, and according to producers, it went so well, that they have decided to literally kill off the show’s current wife, and replace her with Remini.

They told the Television Critics Association this week, “Obviously, the chemistry between Kevin and Leah was amazing in the stunt episode(s) we did at the end of last season, and we decided we want to continue that.”

Apparently the next season takes place nine months after his wife’s death, just enough time for him to finish grieving and fall into the arms of Remini.

We can only hope that Jerry Stiller and Patton Oswalt are also onboard.

A Kid Found a 4,000-Year-Old Fidget Spinner on Display in a Museum

7 Things Coming to Netflix This Month You Need to See