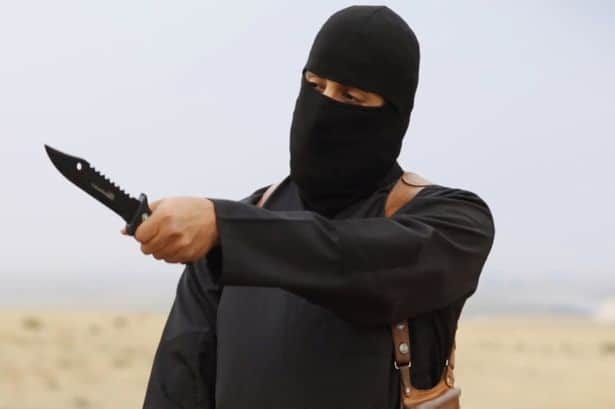 The Islamic State group has acknowledged the death of “Jihadi John”, a masked militant who has appeared in many beheading videos. An article eulogizing Jihadi John appeared in the Islamic State’s online English-language magazine, Dabiq, and was shared by sympathizers of IS. “His harshness towards the kuffar (disbelievers) was manifested through deeds that enraged all the nations, religions and factions of kufr, the entire world bearing witness to this,” the article said. The U.S. has identified Jihadi John as Mohammed Emwazi, a British citizen born in Kuwait. U.S. Army Colonel Steve Warren said they were “reasonably certain” that a drone strike in Syria killed Emwazi, but the Dabiq article confirmed it.

Emwazi appeared in several videos posted online by the Islamic State group portraying the beheadings of U.S. journalists Steven Sotloff and James Foley, U.S. aid worker Abdul-Rahman Kassig, British aid workers David Haines and Alan Henning, and Japanese journalist Kenji Goto. Though the videos don’t make it clear that he performed the actual beheadings, he makes the hostages kneel in orange jumpsuits while he goes on political rants taunting the West. He can also be heard narrating videos of other killings, including a mass killing of Syrian government soldiers. Emwazi was believed to be in his mid-20s and was described by a former hostage as a psychopath that enjoyed capturing Western natives.

Nielsen Will Now Use Social Media in TV Ratings

What If God Says No?