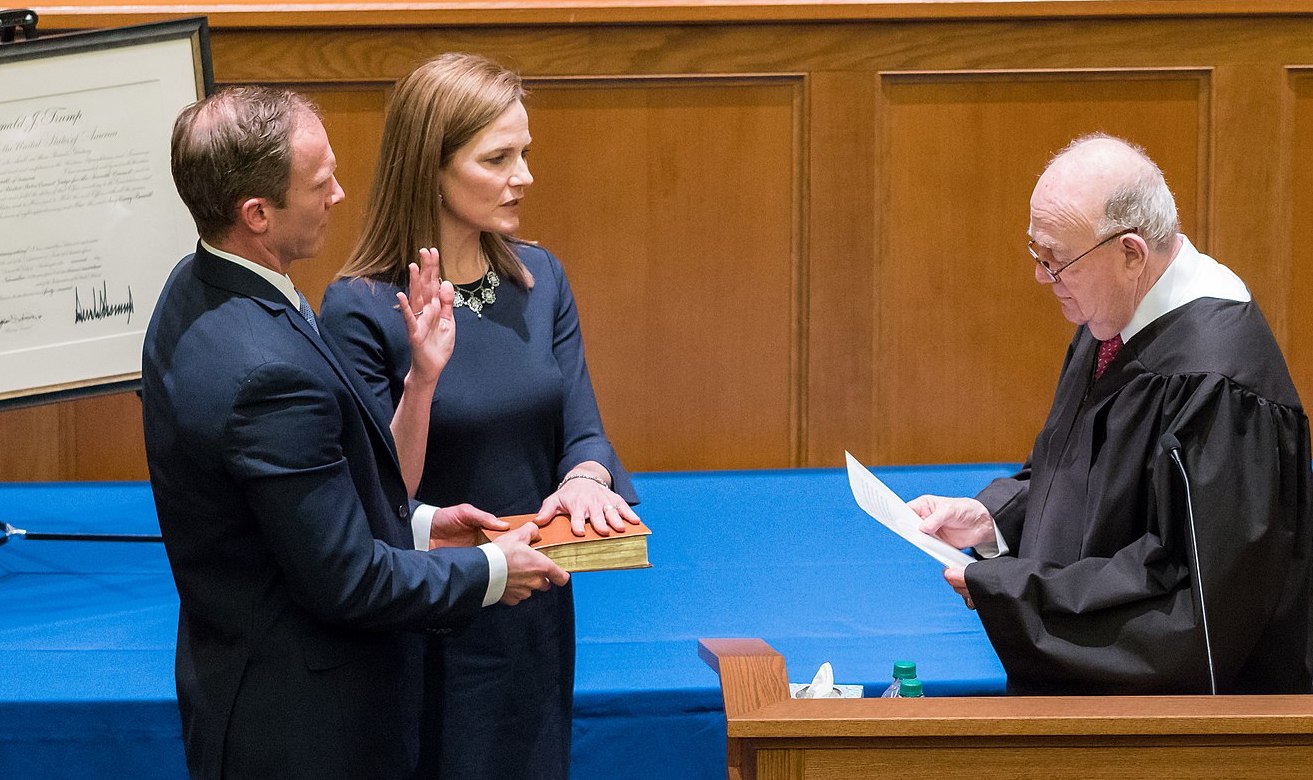 Over the weekend, the idea that Democrats are anti-Catholic picked up a lot of steam on some corners of the internet. Conservative pundit Hugh Hewitt posted a tweet arguing that “the left despises” “every Catholic, indeed every person of any faith.”

Every Catholic, indeed every person of any faith, has to realize the left despises them and that the Democrats shelter this virulent bigotry and pretend it’s something else. Catholics should vote accordingly, whether or not a Democrat is Catholic. The left controls the party. https://t.co/qWSzqBy6Ge

So, is that fair?

First of all, it’s hard to paint with a broad brush. Accusing an entire political party of any kind of bigotry, anti-Catholic or otherwise, is a huge reach that smacks more of political opportunism than studious concern.

But here’s what we do know. Barrett’s Catholicism is clearly important to her, and she’s spoken about the influence her faith has on her legal decisions. In fact, she’s argued in the past that Catholic judges should recuse themselves from questions about the death penalty, since the Catholic Church frowns on capital punishment.

It’s definitely true that some Democratic politicians have questioned her about this influence in eyebrow-raising ways. California Senator Dianne Feinstein infamously told Barrett that “the dogma lives loudly within you, and that’s of concern” — a strange and unsettling accusation that was roundly and deservedly criticized. There has also been no shortage of unjustified hysterics from certain critics about what Barrett means by phrases like “the Kingdom of God,” “Christian worldview” and such. A little extra research would have showed that phrases like this aren’t exactly shibboleths for Christian nationalists.

It’s also true that the policy aims of the Democratic Party don’t always line up with the teaching of the Catholic Church, particularly where matters of abortion are concerned. In fact, NYT op-ed columnist writer Elizabeth Bruenig wrote about the ways Catholicism doesn’t always square neatly with liberal democracy. (This appeared to spark Hewitt’s charge that Democrats hate Catholics, although Bruenig herself is a Catholic and is not a Democrat).

But there’s a whole host of reasons to be wary of any attempt to paint the whole party as anti-Catholic. For one thing, it currently wants a Catholic to be President. For another thing, Supreme Court Justice Sonia Sotomayor, an appointee of President Barack Obama, is a Catholic. As is House Speaker Nancy Pelosi, along with about 44 percent of all self-identified Catholics in the U.S, per Pew.

Like most faiths, Catholicism doesn’t necessarily sit neatly in any political party without a little tension. That means that the faithful will occasionally find themselves at odds with elements of their party leadership, and vice versa. And yes, that can make for some uncomfortable confrontations that may sometimes veer into anti-religious rhetoric. We should always be ready to stand up and defend people of faith from unwarranted attacks. (It would have been nice, for example, if some of these leaders who are concerned about anti-Catholic bigotry had spoken up after pastor and Trump ally Rev. Robert Jeffress characterized Catholicism as the product of a “Babylonian mystery religion” that is part of the “genius of Satan.”)

But we should also be careful about generalizing for the sake of cheap political points. Coney Barrett has political beliefs that are rooted in her faith. Those beliefs will set her against politicians and voters on the other side of her political aisle in important ways. Those politicians and voters will need to be mindful of the ways their criticisms of her can and do come across to people of faith. But her supporters also need to remember that not every political critique constitutes a religious attack.

Christian Leaders Are Speaking Up About the Breonna Taylor Case