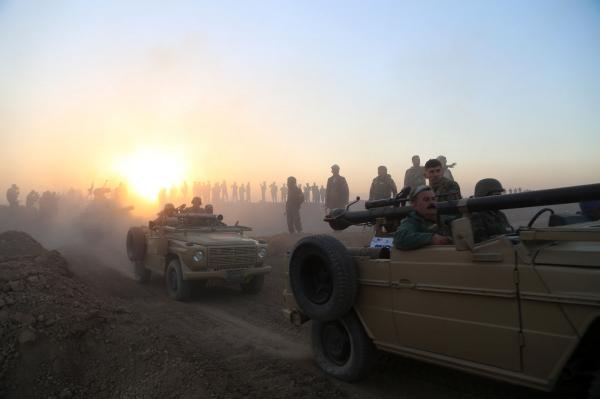 Earlier this week, Iraq’s government led a U.S.-backed offensive against ISIS to recapture the city of Mosul, a key region in the stronghold ISIS has over the region.

During a video conference to (Western) world leaders on Thursday, Iraqi Prime Minister Haider al-Abadi said the battle to free Mosul from Islamic State control has moved faster than planned.

As residents move out of the battle-torn region, more information is becoming public about life in Mosul under the rule strict enforcement of Sharia law, the governing ordinances of ISIS leaders.

A Mosul resident who fled the area told CNN, “In the beginning it was alright, but then they started ordering around and killing people. Everyone is afraid of them.”

Mosul residents have lived a life of hardship because the territory was closed off by ISIS and resources to the region have been scarce since it was occupied by the terrorist group in 2014. Many were forced to sell their own kidneys to get by. Up to 1.5 million civilians are believed to still be inside the city. BBC reports up to 5,000 ISIS fighters are possibly still in the area.

Iraq’s forces remain confident that the offensive will be successful. Prime Minister Abadi promised support for civilians displaced by the fighting.

On Tuesday, the U.N. warned that up to 200,000 people could be displaced in the battle for Mosul.

Jesus and the Politics of Fear