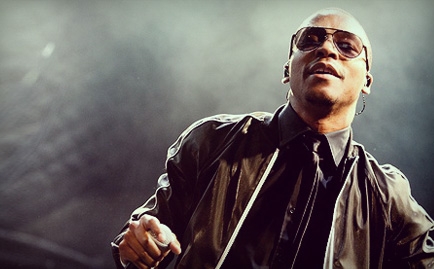 As a rapper, entrepreneur and social activist, Wasalu Muhammad Jaco—aka, Lupe Fiasco—has been challenging hip-hop paradigms since he arrived on the scene in 2007. The self-proclaimed “nerd” has seen his star rise with each consecutive release, lighting up the charts on “Touch the Sky” with Kanye West, “Kick, Push” (probably the only hip-hop anthem all about skateboarding) and “Superstar.” After a professionally and personally chaotic year, 2011 finally sees the arrival of his much delayed third release, Lasers—a backronym for “Love Always Shines Everytime, Remember 2 Smile.” Hook-laden and polished, Lasers is arguably the wordsmith’s boldest work to date—a set of socially progressive, politically incendiary rebel cries that come complete with a 14-point manifesto (WeAreNotLosers.com). And, if you’ve heard his lead single, “Words I Never Said,” you know Lupe Fiasco has a lot to say about more than just his music. RELEVANT recently sat down with the rapper to discuss his label troubles, his role as provocateur and his Muslim faith.

Lasers was two years in the making … and not because you wanted to take two years to release it. How did that happen?

It was the traditional “creative difference” relationship that exists between an artist and label executives. It exists with techno bands, pop singers, jazz musicians. You have the people who put money into a project and feel they have a certain artistic input about that project and leverage the release of that project or particular songs on that project. It’s to the point where the executive becomes the artist and the roles almost get reversed and the artist is forced to act in a business capacity. It cancels out release dates, it cancels out progression of the music. It creates a feedback loop where you become an artist speaking to another artist.

The traditional relationship between a record company and the artist was where the artist would be the crazy, wild, abstract person and the record company would basically tell them to stop in order to meet a deadline. Now, the system I’m in has become about dibbling and dabbling in the actual art itself to make it more commercially viable for their bottom line, even outside of just royalties. It’s a complicated relationship that went sour real fast.

It sounds like they went from being business execs to being producers.

Right, they went from being executive producer to producer. Producer meaning, “I have the right to make beats and tell you what to rap about,” which doesn’t sit well with me—especially since I’m not a new artist and my accolades speak for themselves. There’s a certain amount of integrity that comes along with being an artist. You can have somebody with a ton of hit records, [but] people don’t even know what they are because they are homogenized to the point where they sound and look like everyone else—they have no identity. And then it comes down, despite all the publicity and YouTube, in the end you aren’t really selling more records than artists who don’t have all that hootin’ and hollerin’! And the artist that doesn’t have all that still has integrity and is selling off that integrity, which is his to lose or gain. He doesn’t have someone picking any old song and putting it out there for him. If that’s you, you’re at the mercy of the guy who picked that song, and what happens if that guy doesn’t want to pick songs for you anymore? What happens to you when you are known for the songs that someone else picks out for you? What happens if you don’t want to make the records they are picking for you?

There’s been buzz about your criticism of some of President Obama’s international policies. Why do you think it’s notable that you criticized the president?

Because [Obama] is “hip-hop’s president” and it’s funky because I never really agreed with that. I pay my taxes, but I’ve never voted and I never will vote as long as the system works the way it does. Even when Obama was running, I wanted to see a woman run! I’d rather see a woman in the White House as opposed to Obama.

I got a little lambasted and people came out and said some things about me. But at the end of the day, it don’t matter, I wasn’t going to vote for [Hillary Clinton] anyway—they represent the same system, they come from the Democrats or the Republicans.

The party lines don’t change, that’s what makes them a party and you’d be a fool to think that just because there’s a black man in there it’s not gonna change the real foundation of the system. Especially when you look at his largest contributor to his campaign, AIG, one of the culprits in the economic meltdown itself. So for me, I’m not looking at the fact that a black man is in office. I mean, come on, Robert Mugabe is the president of Zimbabwe!

You’re using the anarchy symbol in the Lasers title. Is that an intentional rebel statement?

Most definitely, it’s completely political. I love Barack Obama. On the emotional side, for me, which is as deep as I’ll go on the racial side of it, we have a black man in the White House, which is something most people never thought would happen in one of the most racist societies in the world. This country was borne of slavery. The fields where cotton is still grown in the South were produced and tilled by slaves who were beaten and sold. So for me, that’s an amazing feat. But it’s not just about race anymore. There are poor white people, poor black people, there’s poor everybody!

If you look at where we actually meet, it’s economic. And if you look at Barack Obama’s economic team, they are the same people who are responsible for predatory loans offered to the poor. The main thing I said [in the song “Words I Never Said”] was, “Gaza strip was getting bombed, Obama didn’t say s—” and he didn’t. When Israel was going to war and bombing civilians and 900 people were killed, Obama didn’t say a word, not a peep. Nothing. For me, it was like, “See, that’s why I didn’t vote for you.” And that’s why I wouldn’t have voted for Hillary Clinton or John McCain because [they] probably wouldn’t have said anything either, because at the end of the day, it’s the same thing. They have your allies you need to keep, even though it’s oppressive, an atrocity or a war crime that’s going to go unpunished. I can’t vote for that, and I’m going to speak up because I pay my taxes, I paid for bombs and bullets in that helicopter and that blood is on our hands!

In regards to your personal crisis and our world’s economic crisis, how does your faith keep you from becoming overwhelmed or simply quitting?

It gives me a moral compass, an ethic and something bigger than myself to strive toward. And sometimes I question it; I’m a human being and sometimes it don’t make sense. Sometimes the stories don’t match up and aren’t as scientifically correct as they possibly should be. But knowing it’s based on faith, I know it’s a nonsense kind of thing from the door—you can’t see it, touch it, taste it, smell it; it’s an internal thing you can’t verify. It is nonsensical. It gives me a basis to see things on a different platform.

The prophet Muhammad, peace be upon him, got a lot of his tutelage and understanding of the world from literally hanging out with Jewish priests and others who were traveling through Arabia and Mecca and trading. Since there is the DNA of all those religions in there, you get a whole worldview. If you’re not a complete extremist or fanatic and you’re open and tolerant, which I think a majority of the Muslim world is, you get to see a large part of why things happen. If you are an open-minded and tolerant Muslim, you have enough knowledge to question the moves of a Christian governor or even the Ku Klux Klan. They called themselves a Christian organization, but how is that possible since Jesus didn’t do that?

It’s like saying you can’t draw images of the prophet Muhammad. That means he would have killed you if you looked in his face! He wouldn’t have done that, so why would you kill somebody, kill them because they drew a depiction of him? The point of not drawing depictions of the prophet Muhammad wasn’t out of vanity; he didn’t want people worshiping him or [any] intermediary between humans and God. There is a certain level of usurpation of faith as a justification for aggression in all religions, but the other side of it is that if you understand religions, you can combat the usurpation because you understand the morals and ethics of that religion and civilization.

A much longer version of this article (with more movies!) appears in the May/June 2011 issue of RELEVANT. To read more articles like this, subscribe by clicking here.

Is Saturday the End of the World?