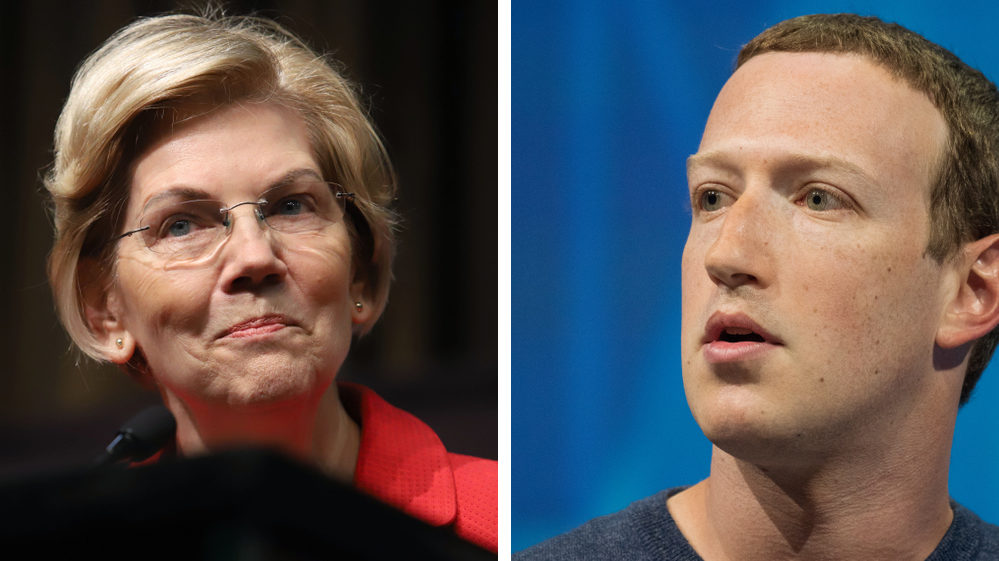 It’s not exactly a bad time to be Mark Zuckerberg, the eighth richest person in the world. But times have definitely been better, as Zuckerberg has faced an onslaught of privacy scandals that have rattled user confidence in Facebook. And now, in leaked audio of a meeting with Facebook employees, Zuckerberg’s candid concerns about the future of the company are more apparent — including, notably, his apparent distaste for an Elizabeth Warren presidency.

The audio, published on The Verge, reveals Zuckerberg acknowledging Warren’s intentions to break up tech giants would “suck” for him, referring to her plan as an “existential” threat.

Facebook is, of course, not exactly one company. It’s also made up of other apps like Instagram and WhatsApp that it’s swallowed up over the years. This has meant that Facebook has had to rely on slick legal maneuvers and friendly politicians to help it dodge corporate anti-trust laws, but after numerous privacy scandals, Warren has indicated that her victory would mean the good times are over for Facebook and other tech giants like Amazon and Google.

Zuckerberg said he would “go to the mat” over such a challenge in court.

“I mean, I don’t want to have a major lawsuit against our own government. … But look, at the end of the day, if someone’s going to try to threaten something that existential, you go to the mat and you fight.”

It would indeed be a fight, although it’s one of the few in the world in which the U.S. Government could conceivably be the underdog, given Facebook’s nigh-bottomless resources and, of course, it’s unmatched ability to sway popular opinion.

Warren responded to the leaked audio on Twitter, saying “We have to fix a corrupt system that lets giant companies like Facebook engage in illegal anticompetitive practices, stomp on consumer privacy rights, and repeatedly fumble their responsibility to protect our democracy.”

Statistically, Warren’s got the American public on her side here. A 2018 Gallup Poll found 55 percent of Americans were “very uncomfortable” with Facebook’s handling of their private data. The Cambridge Analytica scandal, which revealed the data firm harvested the private data of 85 million Facebook users to influence the 2016 presidential election, threw what had been a dim, existential nervousness into tangible headlines, prompting the growing wave of opinion backlash.

But opinion backlash isn’t the same thing as company failure, and Facebook skated through its scandals with a $5 billion dollar fine from the FTC and a 100 million dollar fine from the Securities and Exchange Commission. Thats a lot of money to folks like us, but pocket change to the world’s wealthiest millennial. The company isn’t exactly hurting. Statistically speaking, you’re probably reading this article because you found it on Facebook. But a growing number of users are uncomfortable with the world Zuckerberg has built for us.