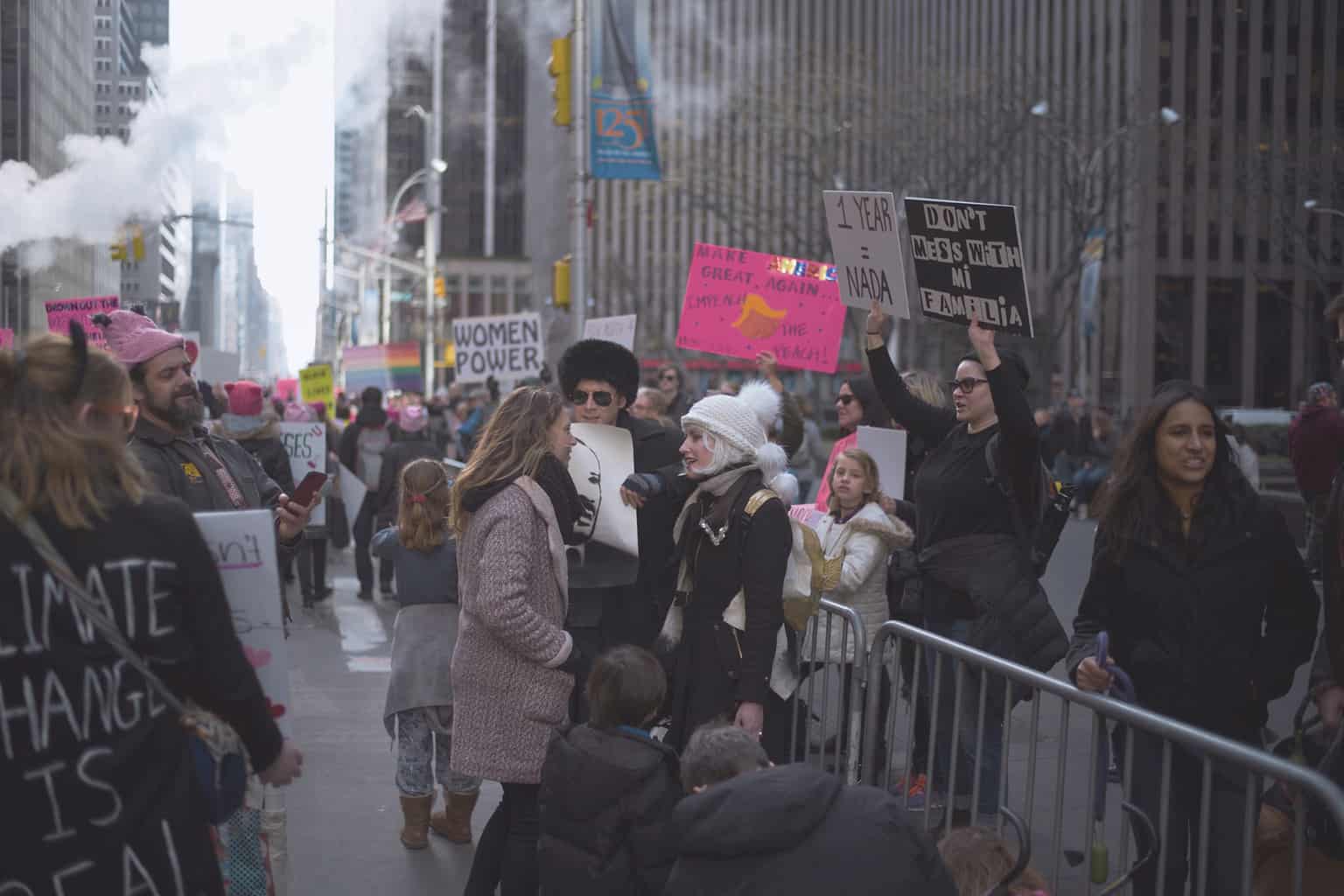 Recently, I presented to a packed room at a national conference with colleagues from a research team. We presented a scholarly paper that focused on the development of white people as anti-racist allies within the context of higher education. Our research showed that nationally, white people still hold a majority of positions of power in higher education, despite the efforts of many to challenge and change this.

One of the key factors that crippled efforts to make radical changes was the impediment of moving from awareness of systemic racism to active participation in its dismantling.

Essentially, we found that there are a lot of well-intended white people in positions of power that are amazing at inspirational speech, eloquent in their turns of phrases as they talk of dismantling systemic racism, but things fall apart when it comes to the difficult work of actually dismantling systemic racism. Dismantling racism is extremely complex and given that it took a considerable effort to construct, it will take a considerable effort to tear down and rebuild something new.

Those who have worked in this effort for many years agree that a critical, non-negotiable part of the demolishing systemic racism can happen only when whites let go, forcibly or willingly, of the power that they have and take for granted.

Racism, in all of its forms—implicit, explicit, systemic, political, tinged with religiosity—is a plague that is tearing apart the already delicate fabric of society and the evangelical church. It is not an issue to be sidelined by the church because we have more important issues to deal like abortion, religious freedom, or evangelizing “the lost.”

Racism is and has been a pervasive virus that has eaten away at the moral compass of the Christian church for centuries, laying waste to any notion that the church still is the voice of moral authority. If the Church, particularly the white church, is to make a significant dent in racism, then it will take white people working alongside of people of color in an all-out, no holds barred effort.  Frankly, POC have been doing the work for a long time and many are tired, so tired.  This effort calls for an act by whites of radical love and radical humility.

Jesus Models How to Relate to Our Own Privileges

Where might we find an example to follow of person who holds a position of power and willingly gives it up for the betterment of the world? Who might we turn to for inspiration and guidance on practiced humility that does not seek established powers of this world, but radically redefines what it means to live, love, and work alongside others? Well, perhaps we revisit the Jesus of the Gospels. Consider the Apostle Paul’s reflection on the nature of Jesus’ incarnation in his letter to the Philippians:

Therefore, if you have any encouragement from being united with Christ, if any comfort from his love, if any common sharing in the Spirit, if any tenderness and compassion, then make my joy complete by being like-minded, having the same love, being one in spirit and of one mind. Do nothing out of selfish ambition or vain conceit. Rather, in humility value others above yourselves, not looking to your own interests but each of you to the interests of the others. In your relationships with one another, have the same mindset as Christ Jesus: Who, being in very nature God, did not consider equality with God something to be used to his own advantage; rather, he made himself nothing by taking the very nature of a servant being made in human likeness. And being found in appearance as a man, he humbled himself by becoming obedient to death—even death on a cross! (Philipians 2:1-8, NIV).

Humility, as Jesus encourages us through the example of his life and ministry, is not easy. It is exhausting, tireless and often thankless work. It moves beyond flowery speech and rhetoric, into the realm of radical love that permanently alters society’s landscape – where we create a new space in which we build systems that are the realization of Jesus’ words in the Gospel of Matthew, “So the last will be first, and the first will be last” (Matthew 20:16, NIV).

It is uncanny how much whites in the United States sound and act like the workers hired first by the landowner in the parable that proceeds those words. We have this grand sense of entitlement and privilege. However, Jesus is clear, entitlement and privilege do not belong in the kingdom of heaven. When did we forget as Christians that we are saved by grace?

Humility Is An Ongoing Practice

At the end of our presentation at the conference, we joined a panel to take questions from the moderator and from the audience. Our presentation was generally well-received, but near the end a young woman of color raised her hand and asked a pointed question – “Why should leaders at these dominantly white institutions move to make radical changes when they are more concerned about how such changes might negatively affect the financial bottom line?”

She asked her question and sat down, arms folded waiting for a response. In the minute that we had to respond, I offered that such institutions should have a moral bottom line that considers what is just and what is right before it makes an institutional decision based on a financial bottom line.

My words were met with cynicism by the young woman. You see, she had heard such words spoken before – many, many times before – but not much had changed in her institution or nationally. She was tired, so tired.

My intentions were right, but I realized later that to this young woman my words meant nothing if not followed by action. We can talk about how to care for one another, what constitutes beauty and where beauty is derived from, but if we allow the plague of racism to continue unabated and unchallenged by continuously holding it in an intellectual and theoretical space, we are not truly caring for others.

In fact, by not enacting fundamental values that are discussed throughout Scripture, care for others, then white Christians are actually contributing to the problem.

One of Jesus’ final acts of humility before his ultimate act on the cross, was to wash the disciples’ feet. It came before Passover. As Jesus explained that he would be washing their feet, Peter initially scorned Jesus and refused to let him wash his feet.

Jesus responds to Peter saying, “Unless I wash you, you will have no part of me.” Jesus understood, and eventually so did his disciples, that obedience to God means the emptying of oneself regularly.

This summer a documentary on Fred Rogers, aka “Mr. Rogers” of Mister Rogers’ Neighborhood, will be released.  One of the most moving scenes in the documentary is when Rogers washes the feet of Officer Clemmons, the African-American neighborhood policeman.

It’s a hot day in the neighborhood and Mr. Rogers is out on his front porch when Officer Clemmons happens to wander by.  Rogers invites Clemmons to share the tub of water and cool his feet.

He explains to Clemmons that he has been thinking about the many different ways that one can say “I love you.” Clemmons then sings a lovely song to Rogers, myself and the millions of others who have watched this episode.

After Clemmons finishes the song, Rogers proceeds to rinse and dry off Clemmons’ tired feet. I remember this scene from my childhood. Even then, I was deeply moved by two adults interacting in this way.

In an interview many years later, the actor who portrayed Officer Clemmons, Francois Clemmons, discussed that scene explaining that at the time this scene was controversial and radical. They knew that a white and black man with their feet in the same tub would upset the parents of some of the viewers.  They also knew that Rogers washing and drying the feet of Clemmons, a black man, would be met with an equal amount of anger and righteous indignation.

The production team debated it in pre-production meetings, but ultimately Rogers insisted that the scene remain as he had originally intended. Rogers, through the medium of a children’s show, worked consistently to challenge the plague of racism.

The washing of Clemmons’ feet, done in the afterglow of the song “Many Ways to Say I Love You,” displayed an intentional, radical, humble form of love. It would do us all some good, as we reflect on Jesus’ example, to consider the many ways to say and enact our love for people.

Nate Risdon is currently pursuing a PhD in Higher Education Administration and Leadership with a focus on anti-racism and white allyship efforts in the context of higher education. He is also a research associate with Race and Justice in Higher Education, housed at Azusa Pacific University and has presented on white allyship and anti-racism in higher education at national conferences. You can follow his work at https://www.facebook.com/rjhe.org/

Chris Pratt Delivered a Mini-Sermon at the MTV Movie Awards