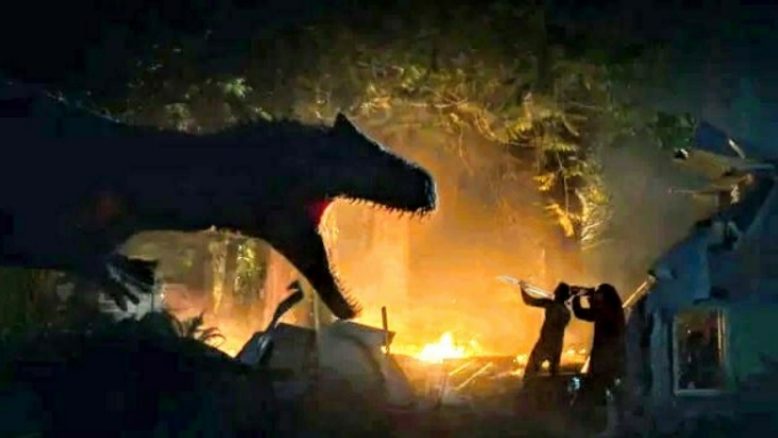 Jurassic World: Fallen Kingdom wasn’t exactly bad but it failed to capture the spirit of a popcorn franchise that, at its best, has excelled by mixing awe-inspiring grandeur with nail-biting thrills. We don’t know much about the third entry in this round of Jurassic movies but we do have a new short film from director Colin Treverrow and, holy smokes, it might just be enough to get you excited about these movies again. Nature finds a way.

This short picks up not long after the events of Fallen Kingdom, with the dinosaurs having been brought to America and a number of them running loose in the wild. Over the space of 8 heart-pounding minutes, Jurassic World: Battle at Big Rock shows just how much this development has upset the food chain, giving viewers plenty of both the “wow, real dinosaurs!” and “aaah, run for your life!” moments that make these movies tick. That it stars Andre Holland (Moonlight) and Natalie Martinez (Under the Dome) is a huge perk.

There are memorable visuals, last-minute saves, inventive set pieces and a devilishly clever use of the Chekhov’s Gun trope.

Hey, if this is what the next Jurassic entry is like — dinos running amock through civilization and plucky families snatching each other from their chompers at every turn — sign us up. And according to a certain someone who ought to know, that’s exactly what we’re in for.

Study: Nonreligious Disaster Victims Would Literally Pay to Avoid Your ‘Thoughts and Prayers’