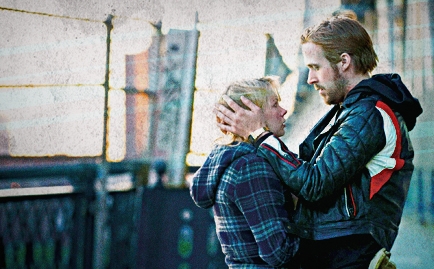 Throughout our nation’s history, part of the American Dream has been to find the perfect partner, get married, buy a house, pop out some kids and live happily ever after. And as home of the world’s dream factory—Hollywood—America has also long provided the world with images of domestic bliss and suburban sunshine.

Well, at least that’s how it used to be. Take one look at the hit ABC sitcom Modern Family—which, granted, is one of the funniest shows on TV—and you’ll see a very different idea of what constitutes family, with a gay couple and a divorced guy in his 60s on his second marriage. Already the Emmy-winner for Best Comedy Series after its first season, it’s both a trendsetter and a reflection of the attitudes Hollywood is presenting on a widespread basis these days.

And just as Hollywood once presented a much more rigid (and incorrect) view of connubial enchantment, one has to wonder if the much more complicated portrayals we see now in both TV and films are merely following trends or setting them in society at large. It’s an especially vexing question for Christians, as we seek to avoid overly poisoning our minds and spirits with negative influences, yet still want to enjoy stories that aren’t just simple-minded either. Let’s face it—the Bible itself would be pushing the ratings envelope if its tales of murder, lust and greed would ever be filmed in a literal sense, and those moral conflicts also provide rich drama.

You might say most shows and movies still feature traditional families, so frequently, in fact, that they’re often just accepted background characters and subplots in the bigger stories. But even one of my all-time favorite sitcoms, Everybody Loves Raymond, featured incredible amounts of dysfunction amid its overall positive portrayal of an intact Catholic family.

But during this Oscar season and the couple of years prior, it seems that “alternative families” are getting more positive coverage than ever, while heterosexual marriages and family life are shown almost exclusively in states of misery or mockery. Hollywood may be making just a small percentage of films and shows that have these attitudes, but perhaps the bigger issue here lies in the way the media culture has shone a highly biased spotlight upon them, furthering their agendas into discussions on the news and talk shows and ubiquitous advertising.

Cases in point: The Kids Are All Right and Blue Valentine are two of the most buzzed-about films of the current Oscar race. In Kids, Annette Bening and Julianne Moore are likely to both be nominated as Best Actress for their portrayals of a longtime lesbian couple who have two teenage kids fathered by the same sperm donor. When the kids are teens, they decide to track down the donor (Mark Ruffalo in another Oscar shoo-in) and have a father figure in their lives, which leads to all sorts of complications.

Ruffalo soon begins a torrid and inexplicable fling with Moore, leading to Bening turning to the bottle and the family nearly coming apart. So, yes, while the lesbian relationship/marriage is seen through an overall positive viewpoint, serious cracks are shown and the issue of kids needing a father figure in their lives is also strongly addressed. But critics and the film’s champions within showbiz are glossing over the problems and calling the film a fresh and modern take on the American family and acting like this is a wonderful portrait of how families should be.

Critics and film-industry figures are also raving about the new film Blue Valentine, for which Michelle Williams and Ryan Gosling are also likely to garner Oscar nominations. Here, they play a straight married couple, and the film shows their relationship in a passionate and positive fashion at the start. But the thrust of the film is devoted to how their relationship and marriage deteriorate over six years, and includes a sex scene so bleak and awkward that the film nearly received a dreaded NC-17 rating.

Blue’s stars have told the Los Angeles Times they believe the couple they portray might still have a happy ending hinted for their future, but based on the onscreen evidence, the marriage is seen as a psychological and emotional prison that can only be escaped via the most emotional confrontations imaginable. Any couple in real life, even Christian ones, will have fights along the way, but this film is the downer of the decade and it’s hard to imagine a happy date night including a screening of it.

Other recent examples come from director Sam Mendes, who won an Oscar for the dark suburban satire American Beauty, and who staged a one-man war on happy marriage with the one-two punch of his comedy Away We Go and Revolutionary Road. Away We Go features an unmarried-and-cohabiting couple blissfully traveling the country as they await the birth of their out-of-wedlock child … and everything is just dandy. Meanwhile, Revolutionary Road stars Leo DiCaprio and Kate Winslet portraying a married couple whose lives are ruined by having children and being repressed by marriage in the pre-sexual revolution days of the early ’60s, with the ending featuring Winslet bleeding to death from a self-induced, home-based abortion.

So what’s going on here? There are still some positive portraits of family life out there, like last spring’s Date Night, which showed the reality that marriage is work but also showed a couple who was willing to sacrifice for each other and for their marriage. It didn’t make marriage look like a walk in the park—but it also showed that a sacrificial relationship is completely worth it, and can be fun along the way.

And there are some others who find a balance both the critics and public can enjoy, such as Pixar’s brilliant The Incredibles, which satirized family dynamics amid a family who had to save the world. And it had a marriage that was worth fighting for. Last fall’s Easy A was a sassy and clever comedy in which the lead teen girl’s ex-hippie parents are still together, blissfully happy and almost too supportive of her.

So there is hope out there. And Hollywood is having to learn the hard way that the downer films can’t be the only way to go. In general, moviegoers aren’t spending a lot of money to see movies that are a serious downer, in marriage or in general. As a result, Hollywood is unlikely to produce a barrage of these negative films, but when critics and awards shows are saying the few films that push the envelope are the best of the year, their messages still resonate far past the multiplex.

Christians ought to be careful to not let these publicized messages impact how we view marriage. Just as overly positive portrayals of blissful, never-sad marriages have damaged our perception of holy matrimony, so can the new, more “realistic” view of marriage as an emotionless jail. Instead, we must rely on God’s promises to heal even the most broken of relationships. Christians shouldn’t be blind to problems—but we shouldn’t wallow in them either.

Getting at the Root of Money Problems

Does God Care About Football?