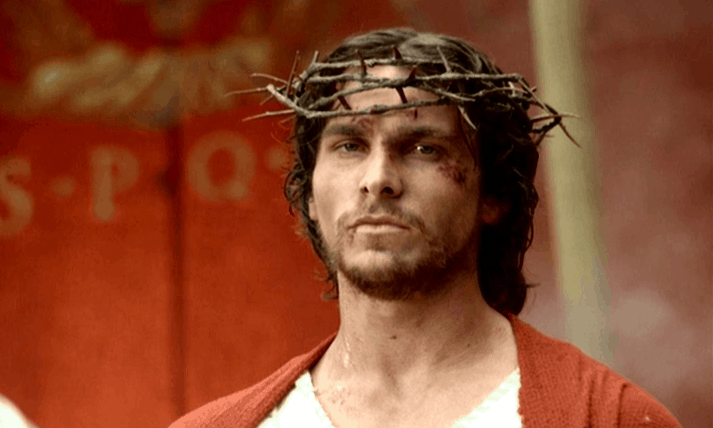 KFC Has Unleashed the ‘Double Down Dog’ Upon Humanity

In the past few weeks, Hollywood studios have announced the latest two actors to portray Jesus on the big-screen will be Ewan McGregor in Last Days in the Desert and Rodrigo Santoro in the new Ben-Hur adaptation. The two join a long list of Hollywood names to take on the role of Christ. Though some have been less than miraculous, a few have left some big sandals to fill.

Considering Hollywood is known to take some creative liberties with historical texts—and has a penchant to cast mostly white actors, despite the ethnicity of the figures who they are playing—portraying Christ is a heavy cross to bear. It’s hard to know where to begin when researching the role.

This portrayal of Jesus from the Lumo Project (it’s on Netflix) is easily the most Biblically accurate on the list. Not only do the performers speak Aramaic, but Shakespearian actor Selva Rasalingam is also of partly Tamil descent. Hollywood, take note.

Not the Jesus We Need, but the One We Deserve

Before he was Moses, before he was Batman—and only a little while after he was Newsies‘ Cowboy—Christian Bale was Jesus. A made-for-TV offering, Mary, Mother of Jesus is a largely forgotten addition to the Bible movie catalog. Bale’s performance is adequate but, let’s face it, he could have scored the role on the basis of his first name alone.

I Dream of Jesus

Undisputedly the most handsome Jesus on the list (in addition to being an actor, Diogo Morgado is also a model), Morgado brought many things to the role: Emotional vulnerability, intellectual sincerity and a dreamy smile.

Thanks to Bill Bright’s Jesus Film Project, Brian Deacon’s portrayal of Christ is one of the most-watched performances in the history of movies. The organization has translated the film into hundreds of languages and has screened it in some of the most remote locations on earth in with their missions work.

If you’ve seen The Count of Monte Cristo or The Thin Red Line, then you know that Jim Caviezel is actually a pretty great actor. Unfortunately, in Mel Gibson blockbuster The Passion of the Christ, Caviezel isn’t given much to do other than holler in agony. It’s a quite a film—one which went on to become the most success Bible movie ever made—but it is not for the squeamish.

Martin Scorsese’s Messiah movie is one of the most controversial ever made, featuring a emotionally tortured, morally conflicted Jesus. There’s no denying Defoe brought the same dramatic commitment to his role that he always does, but Christians were not happy with this movie.

This three hour 1965 Hollywood epic was certainly ambitious: At the time, it was one of the most expensive movies ever made. Unfortunately, while the movie’s heart is definitely in the right place, the execution is way off. The Greatest Story Ever Told is also one of the most boring. Nevertheless, Von Sydow has the distinction of playing both Jesus in a largely conservative, by-the-book retelling of the Gospel, as well as having a prominent role in one of the most religiously controversial movies ever made: The Exorcist. He’s also in the new Star Wars movie, so this guy’s resume has a little something for everyone.

Powell took the phrase “a man of sorrows” to the absolute extreme, and his Jesus is without a doubt the most humorless on the list. Look, we get it. It’s a serious, dramatic role. No one expected the miniseries to be high comedy, but those creepy, stoic eyes don’t exactly say “The Joy of the Lord.” Crazy but true fact: Powell literally only blinks once during the entire 6 (six!) hour long movie.

Ted Neeley’s rock opera Jesus has garnered its share of criticism from many religious viewers, but the dude’s definitely got the best pipes out of anyone on the list.

The filmmakers behind Kings of Kings made zero effort at even attempting ethnic accuracy, casting a strawberry blonde, blue-eyed Californian. Even reviewers at the time—who were accustomed to American actors like Charlton Heston in Biblical roles—thought it was a little ridiculous, jokingly referring to the film as “I Was a Teenage Jesus.”

Sorry, Jeremy Sisto. Your depiction of Jesus in the 1999 miniseries Jesus may have been critically praised, but your low ranking is warranted solely on the merits of these promotional images which make Jesus look like he just left a blow dry bar. Bonus: This made-for-TV series inspired one of the most ’90s crossover soundtracks of all time, with songs from DC Talk, Hootie & the Blowfish, 98 Degrees, Jaci Velasquez and Edwin McCain.

Nobody Wants to See Whatever ‘Mortdecai’ Is.

Hollywood Wants Chris Pratt to Be the New Indiana Jones, No Duh.