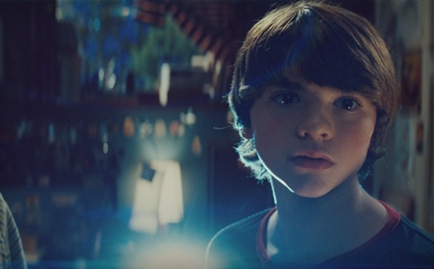 In the wake of his success with Jaws and Close Encounters of the Third Kind, Steven Spielberg co-founded a production company in 1981 with two other producers. It was called Amblin, after a short film he’d directed in 1968, and since its very beginning it’s been behind some of the biggest blockbusters to come out of Hollywood, many of which have also left a mark on the cultural landscape. Just try to imagine what today’s movie culture would be like without E.T., The Goonies or the Back to the Future trilogy. These films told stories young people could relate to, in part because of their reverence for youthful innocence but also because of their sense of adventure.

Amblin’s influence comes full circle this weekend with J.J. Abrams’ Super 8, a movie that pays homage to more than one Amblin movie. Like its predecessors, the children are the heroes, fighting for respect in a world ruled by adults. And like those other movies, there’s more than enough adventure for them to handle. You can check out our review of the movie to see what we thought, but for now, here’s a look back at some of our favorite Amblin movies.

Not just one of Spielberg’s most personal (and one of his best) films, E.T. is also the prototypical Amblin feature. The production company even used the image of Elliott and E.T. silhouetted against the moon as its logo. But more than that, it’s the film that most directly resembles Super 8. Both feature young protagonists struggling to cope with the loss of a parent, either from divorce (as in E.T.) or death (as in Super 8), and both also feature shadowy government officials as villains, but what really unites them is their sense of adventure and wonder for what lies beyond our world.

We can thank Gremlins (and Spielberg’s Indiana Jones and the Temple of Doom) for giving us the PG-13 rating. But look beyond the movie’s harmless gremlin gore and you’ll find a nostalgic story about family and young love in a small, idyllic town. That family and young love triumph in the end is proof of the goodness lying at the movie’s heart. But aside from Gremlins’ reaffirmation of childhood innocence, it also shares Super 8’s fascination with movies, demonstrating the power they can hold over boy and gremlin alike.

Just say the words “truffle shuffle” to anyone from Generation X or Y and see what happens. Heck, maybe if you’re lucky, someone will even do it for you. But even without Chunk’s famous dance, The Goonies would still have left an impact on imaginations. Like E.T. and Gremlins, its up to the kids to save the day, and not just by giving the bad guys a kick in the pants (though there’s plenty of that). It’s their ability to imagine possibilities adults are completely oblivious to that helps them triumph in the end.

Though Jaws is considered by many critics and historians to be the first modern blockbuster, Back to the Future is one of several movies that helped established Hollywood’s current tentpole franchise model (for better or worse). The similarities between Robert Zemeckis’ film and Super 8 aren’t as pointed as they are in E.T. and The Goonies, but they do share the classic Amblin combination of science fiction, comedy and youthful ingenuity. Now if only Super 8 had a song by Huey Lewis and the News …

Some critics pegged Spielberg as suffering from Peter Pan syndrome earlier in his career, and when he actually made a movie about Peter Pan, that didn’t do much to silence his detractors. But there’s a distinct difference between the boy-men of Judd Apatow’s comedies and the Pan in Spielberg’s Hook. One type values laziness while the other values those imaginative qualities that make life shimmer, as Peter Banning (Robin Williams) comes to in this lively riff on J.M. Barrie’s classic story.

For many of us, Amblin movies have been more than just entertainment. They are reminders that some of the most valuable things in life, like a healthy respect for innocence and creativity, can’t be bought or earned—they are the stuff that childhood is made of.

Andrew Welch lives near Dallas and has written for RELEVANT and Books & Culture. He’ll be starting a masters in film this fall. You can visit his blog at reflectionsonmovies.tumblr.com.