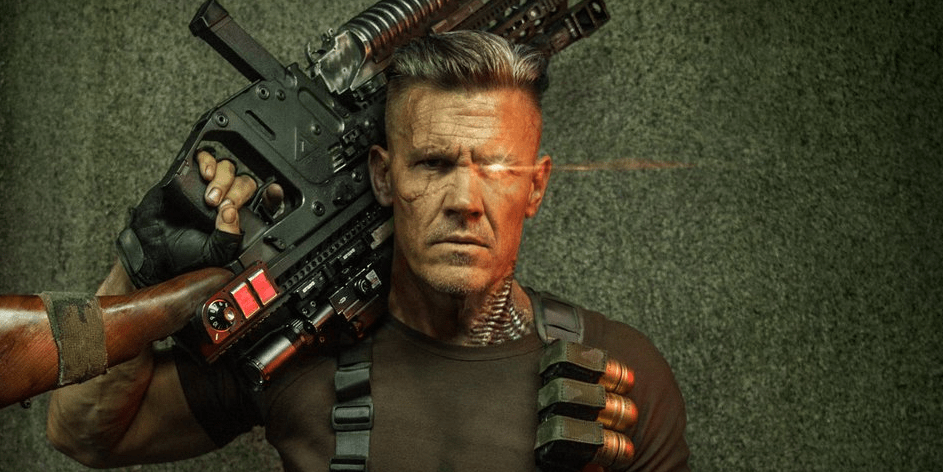 There was never any doubt about whether or not Deadpool would get a sequel. Even if the movie hadn’t explicitly promised one in its after-the-credits teaser, Ryan Reynolds’ big, gooey spitball into the face of superhero movies made enough money in its first weekend to justify a whole franchise. And we were also promised that the sequel would include Cable, a tough-as-nails mutant mercenary who frequently finds himself teamed up with Deadpool, against his better judgment.

After a lengthy casting process in which just about every man in Hollywood was rumored to be up for the part, Josh Brolin finally landed the gig (meaning he’ll be skipping out of the Marvel Cinematic Universe and into Fox’s X-Universe with nary a breather) and now we know what he looks like. And he looks like Cable!

X-Men fans will recognize the metal arm, glowing eye, and preponderance of pouches as all being pretty core to Cable’s whole thing. The teddy bear attached to the belt is a bit of a mystery, but all will be revealed in time. The movie also stars Ryan Reynolds, Briana Hildebrand, Zazie Beetz and Morena Baccarin. We will always be left to wonder what would have happened if Kyle Chandler had gotten the part.

7 Things We Learned at Lollapalooza 2017