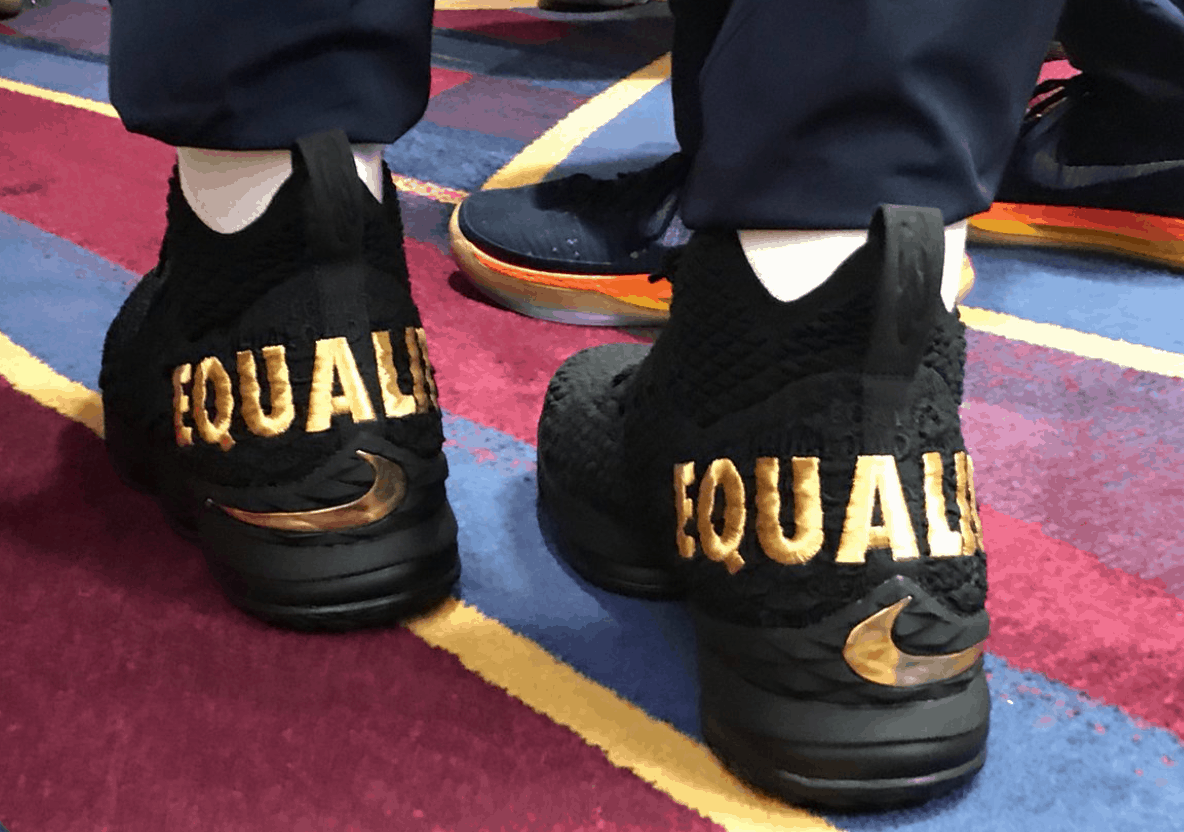 The NBA’s biggest star made a powerful statement during last night’s season opener.

After linking arms with his teammates during the national anthem, LeBron James played in a custom version of his signature Nikes that had the word “Equality” emblazoned on the back.

Protest and demonstrations against police brutality and racial injustice, initially sparked by Colin Kaepernick kneeling during the national anthem, have since spread to other sports, with athletes speaking up about equality and justice issues.