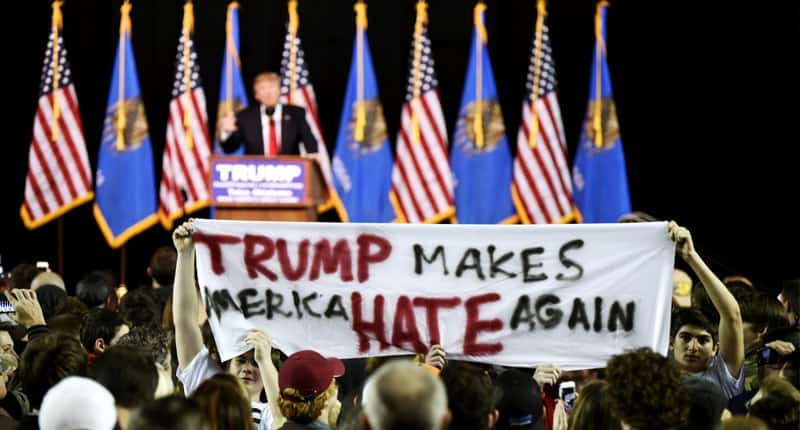 The New York Times is reporting that a growing number of Latinos are beginning to seek American citizenship in an effort to vote against Donald Trump for this presidential election. “I want to vote so Donald Trump won’t win,” Hortensia Villegas told reporters of the mogul turned GOP frontrunner. “He doesn’t like us.” Given that Trump began his campaign in June describing Mexicans as drug traffickers and rapists, who could blame her for thinking so? Villegas is a mother of two who has been living in the United States for nearly a decade but never felt compelled to become a citizen until now. According to the Times, she’s just one of the hundreds of legal Latino residents—mostly Mexicans—who crowded into a union hall in Denver to fill out citizenship applications. Federal officials say the naturalization applications jumped 14 percent during the six months ending in January. Advocates say the pace is still picking up by the week and applications could approach 1 million in 2016, a total that measures about 200,000 more than the average in recent years. The process takes an average of five months for approval.

American Christians May Care More About Israel Than Israeli Christians Do