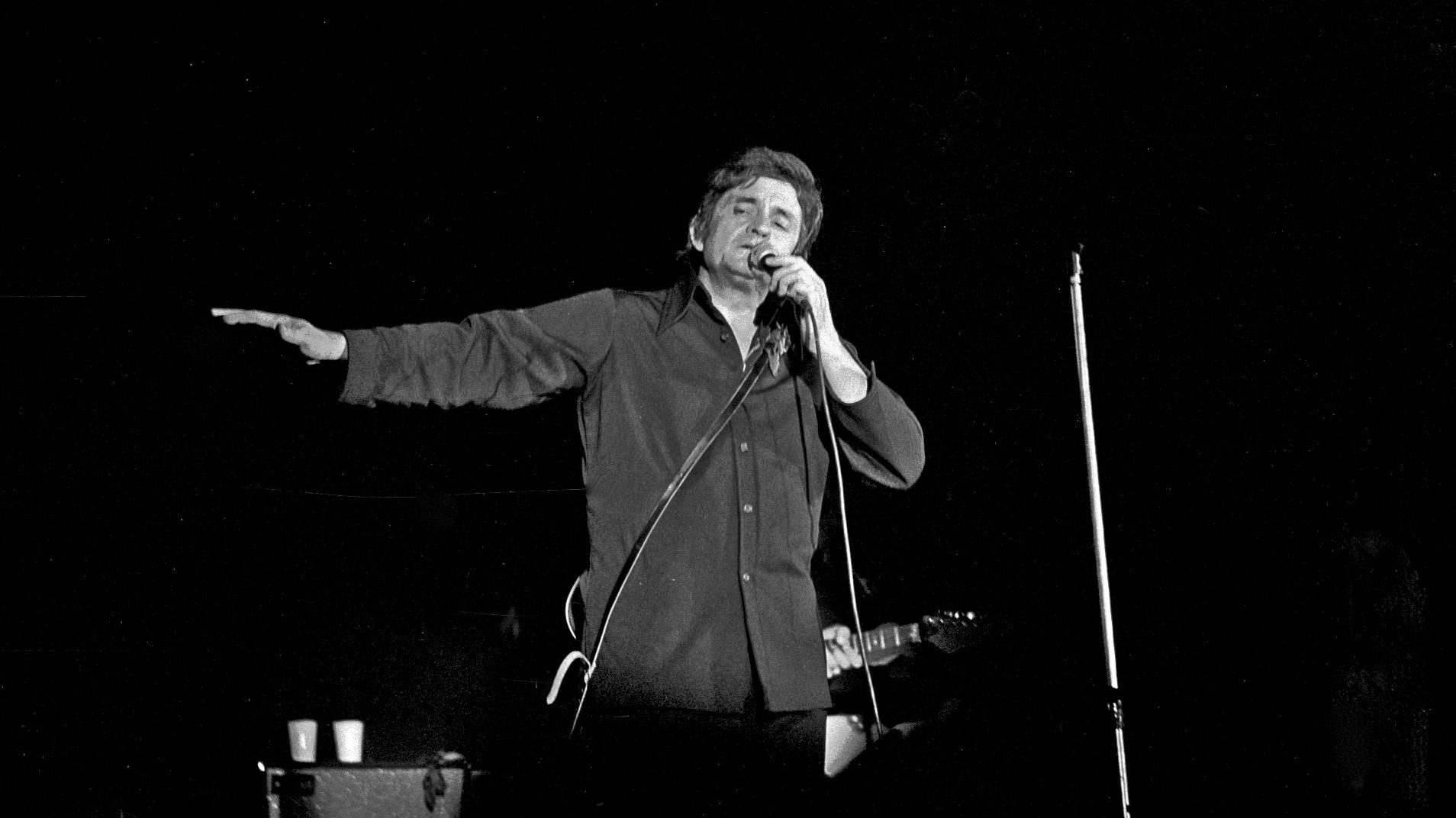 Greg Laurie is the senior pastor Harvest Christian Fellowship and the founder of the longest-running large scale evangelistic event in the country. But over the last few years, he’s also found a small, surprising lane as a biographer who tackles the spiritual journeys of American legends. His most recent book, Johnny Cash: The Redemption of an American Icon, explores Cash’s oft-discussed but poorly understood faith life. Laurie joined RELEVANT to talk a little about Cash’s bumpy road to salvation, why he thinks younger generations understand Cash better than his own generation did and which American legend he wants to write about next.

There are a lot of interesting spiritual journeys out there. Why did you decide to tell Cash’s?

His story has been told many times — most notably in the film Walk The Line, which I thought was actually a good film — but they completely left out the faith element. Faith was very much a part of Johnny’s life. He was a strong believer in Jesus Christ, he loved the Bible and he was a guy who struggled in life. I thought that people needed to know the spiritual story.

You know, the funny thing is: the saints, they thought Johnny was a sinner. But the sinners, they regarded him as a saint. I think one of the reasons they did is he was sort of an accessible saint. In other words, he was not a holier-than-thou kind of guy. He was very authentic, very real, very honest in his singing, honest about his failures and shortcomings but very forthright and direct about what he really believed. I thought it was time to tell that part of his story.

You wrote a similar book about Steve McQueen.

McQueen was the number one movie star in the ‘70s and he came to faith at the end of his life. I wasn’t even sure if that was a true story so I chased it down, starting with a Google search just with the words ‘Steve McQueen, Christian.’

And as I read, there wasn’t a lot out there but a couple of names bubbled up including the name of his pastor who I contacted. He’s still alive and he put a lot of details in there for me so then I became acquainted with Steve’s widow Barbara McQueen and a man that actually wrote biographies of McQueen who ended up co-writing the book about McQueen with me. After I was done with that book, I had a lot of people say ‘are you going to write any more books like this?’

And I said well I don’t know if I will but if I did, I would write one on Johnny Cash. I ended up doing that.

What are some of the lessons you personally took away from your research into Johnny’s life?

At the peak of his success, Johnny used his platform for God’s glory. Johnny started out wanting to be a gospel singer and [Sun Records producer] Sam Phillips said ‘You know, Johnny, people don’t really want to hear gospel music, we want to do something else with you’. So Johnny’s first hit song is “Hey Porter” and another is kind of the beginning of rockabilly — the forerunner of rock n’ roll in many ways.

Johnny is usually identified as a country singer but I think really he transcended country music. That’s why he’s in the Rock and Roll Hall of Fame, as well as the Country Music Hall of Fame. Really, it’s hard to compare anyone to him or him to anyone else. He was sort of a genre all to himself.

But at the peak of his success, when he had his television show, he would have gospel artists on. He had Billy Graham on and recorded a song called “Preacher Said” where Johnny would sing a little bit about the preacher and then Billy actually preached live on his show. His producers were not happy about that, I might add. Johnny became an ordained minister. He was very serious about his study of theology. He read the New Testament in audio. At one point he ever considered leaving music and becoming a preacher. A lot of people don’t know that part of his story, but they do know the part where he was arrested and he struggled with amphetamines and he got himself into a lot of trouble. He was a struggling person, but I think his authenticity showed through.

I think the takeaway truth of Johnny is, number one, when he was at the peak of his fame he used his platform to point people to Christ. Number two, the hardships of his life contributed to who he became.

When he was a young boy, he had an older brother Jack who he looked up to and admired. Jack was an aspiring preacher, but he was injured horribly in an accident in a sawmill and ultimately died from his injuries. That devastated young Johnny and his father, Ray Cash, a very harsh disciplinarian said to Johnny, “God took the wrong son”.

So he lived under that shadow throughout his life. He wanted to please his father, so it was hard but actually that probably contributed in a great way to who Johnny became. We think of him as this rough man’s man — and he was that — but he was sensitive. He was a songwriter. He was an artist, and he had an artist’s temperament as well.

Then another thing I would say is, despite his setbacks, he always got up and tried again. Johnny kept pressing on. His musical beats were at the beginning and the end of his career. The great beginning, with hits like “Ring of Fire” and “Walk the Line” and other songs like “Boy Named Sue” and “Folsom Prison Blues”. And then later in life he was sort of rediscovered by Rick Rubin, who had done some producing for rock acts and he was looking for an artist who wasn’t at the peak of his career and he took Johnny into a room with a recorder and had Johnny just sing all the songs he wanted to sing. Those recordings became the American recordings for the last decade of Johnny’s life. He had a huge comeback and actually was at the peak of his popularity when he died.

I was in college when he passed away and it was a very big deal for me and my friends on campus when he died. A lot of people wore black all day.

Exactly. To a whole generation of young people, he was this voice from the past, this prophet-like figure with these ominous songs about trains and murder and robbery and redemption and forgiveness. He just was one of a kind and they seem to understand him better than many of his contemporaries.

At that particular phase of his career, country music was going in a new direction and they didn’t have time for Johnny anymore. They didn’t understand his greatness really. It was only after he was discovered by the MTV generation and won an MTV Video Award for his cover of Trent Reznor’s “Hurt” that country music rediscovered him and gave him the credit he deserved.

You’ve carved out an interesting niche in taking these American icons and writing about the spiritual side of their stories. Is there anybody else on your list that you’d like to tackle now that you’ve done McQueen and Cash?

There is. I never set out to write spiritual biographies but it’s becoming a sort of an interesting thing to do. I’m a preacher but in effect, I’m a storyteller, so I love stories and I’m fascinated by the lives of people. My favorite kind of book to read has always been biographies but I like honest biographies because I like to see the flaws of people — otherwise, how can I relate to them, right?

So a lot of people have come to mind. I’ve gotten to know Alice Cooper pretty well, and he would certainly be an interesting subject for a book. But actually, I have already decided to write a third in this series of book and my third choice may surprise you. I want to write one on Billy Graham.

That is a little surprising.

He was the first guy to use television. He had a movie studio in the ‘70s. When we think of Billy, we sort of see his face carved in granite up there in Mount Rushmore but he was a very innovative, creative, unusual individual. We don’t really have anyone like him on the scene today. A friend of presidents, a friend of celebrities, a friend of the everyday person. He stands apart.

Also, he’s sort of the glue in the story of McQueen and Cash. At the end of McQueen’s life when Steve was going to get surgery in Mexico because cancer had spread through his body, one of his final requests was to meet the famed evangelist Billy Graham. Billy went out to see him and boarded his plane and prayed with him. Steve had misplaced his Bible, which was precious to him at that point, so Billy gave Steve his own personal Bible. Steve took that to Mexico and he had his surgery and survived it, but he died tragically after. But when they pulled the sheet back, he was clutching that Bible.

So Billy made an impact on Steve McQueen and of course, Billy was a good friend of Johnny Cash. They vacationed together, spent time together and Johnny sang at many of Billy’s Crusades. So I want to tell a story of Billy Graham that’s never been told before. The difference is, I never Johnny Cash or Steve McQueen but I got to know Billy Graham very well and I’ve served on his board of directors for twenty-five years, so I’ve spent a lot of time with him over the years. I think I can bring something unique to his story.

Because you think there’s a difference between the public myth of Billy Graham and the man you knew?

Yeah exactly. I mean, I think in the minds of many, Billy’s in stained glass. He is a saint. Johnny was a saint, so was Steve.  “Saint” is just another word for a “true believer.” But Billy was an interesting and complex individual. This won’t be a tell-all or anything remotely close to that, but it will be a book that will give you insights into his personality because I got to know him very well and I can say without hesitation he was the godliest man I have ever met. He really was privately what you thought publicly but there are some interesting things about his life people don’t know. I think it will make people appreciate Billy Graham more just as I think they can appreciate Johnny more and McQueen more after they read these stories.

Johnny Cash: Redemption of an American Icon is available now.