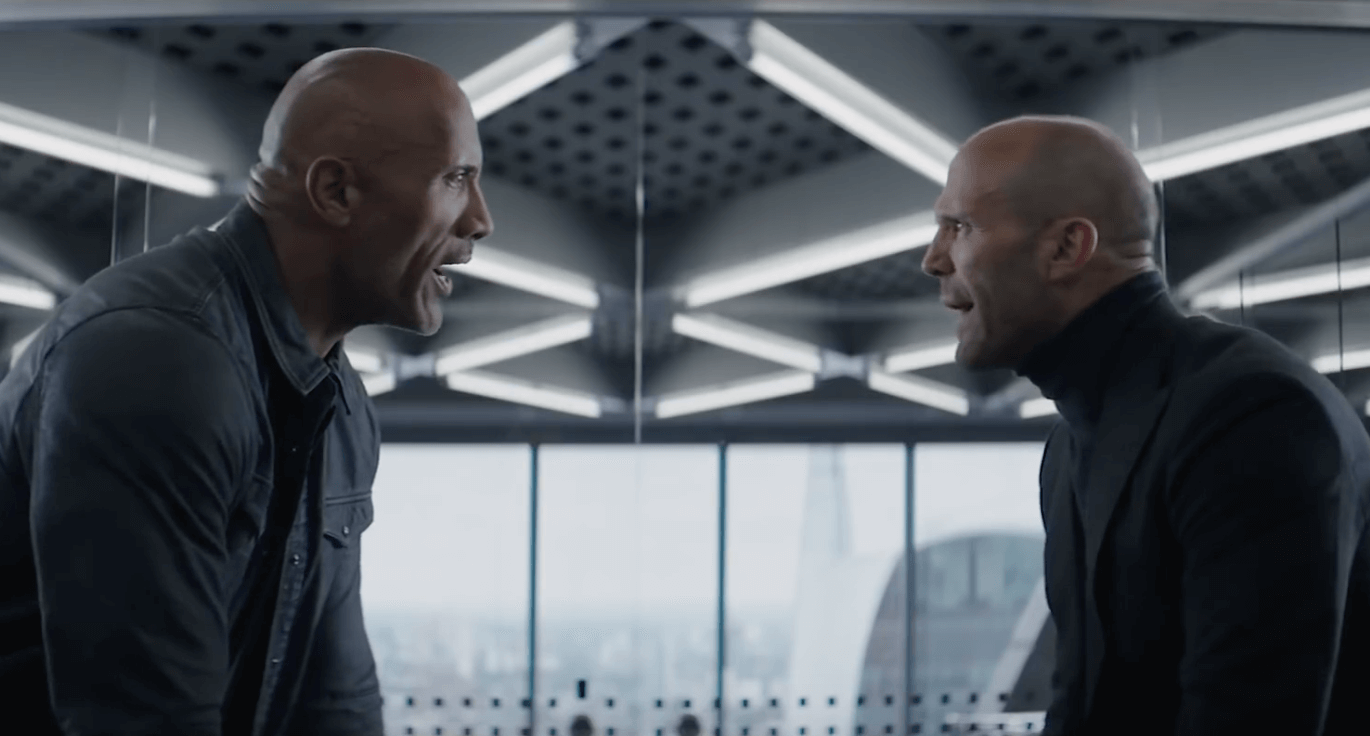 Now, we understand the Fast & Furious movies might not be for everybody, and that’s fine. We understand you might not like jokes revolving around muted curse words, or cars that jump out of multi-story buildings, or when Jason Statham clenches his jaw or The Rock flexes his bicep. That’s fine. That’s all totally fine.

If that all sounds like you, take your leave from this article and go read about something else. Be secure in your tastes. Just know if you stay, we about to go in on a trailer that has all of that stuff, plus more, because the trailer for the Fast & Furious spinoff Hobbs and Shaw is here.

Are all those people gone? Good, now it’s just us.

YO. Check this out. (Warning, there’s a little bit of language.)

You see that? You see what they did just there? Ready to geek out about it? Okay, let’s do it.

YO. What about that part when Idris Elba put all the tech in his body and made himself a super soldier??

YO. What about that part when The Rock just shoveled a spoonful of coffee grinds in his mouth and was described as having to “operate outside the system??”

YO. Jason Statham said he was a “champagne problem,” and it was kinda lame when Nick Jonas said it, but now it’s probably worth tattooing across your chest.

YO. BANTER AMONG TWO PLATONIC DUDES.

YO. When a trailer includes the line, “you have no idea what we’re dealing with” you know the movie is gonna bang.

YO. Speaking. Of. Bangers. How about that moment when the helicopter is shooting at them as they drive through the building, and to escape they roll the truck so the undercarriage shields them from the gunfire?

YO. There’s an action scene in which people fall down the side of a building! That’s like a top five place to have an action scene! (Other places: ritzy aquarium, european nightclub, standard hallway, between the backseat and the front seat of a moving vehicle)

YO. This movie comes out August 2. That’s only six months from now! Let’s goooooooo!!!

Review: ‘Russian Doll’ Is the First Must-See Netflix Show of 2019

How Hollywood Red Tape Is Keeping Money from Indigenous Women