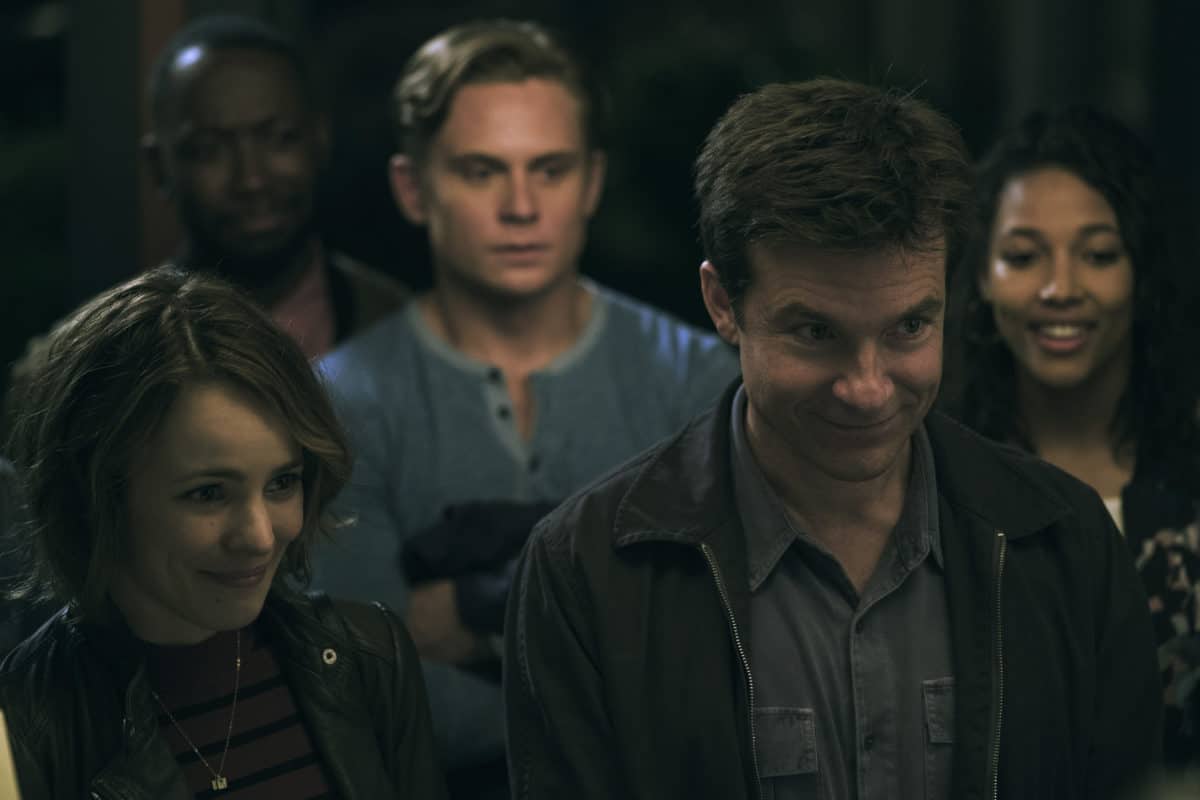 Kevin Smith Suffers A Massive Heart Attack, Then Tweets About It

When friends host a game night around their coffee or kitchen table, they have three objectives: connect, compete, and laugh. Thankfully, the movie Game Night, from Vacation helmers John Francis Daly and Jonathan Goldstein, covers all three.

Watching other people play games is boring (unless you were born into the Twitch generation), so it makes sense for Game Night to rely on dark and sometimes violent comedy in order to keep its main hook, a “one crazy night” type of story with “game” quite literally added to the mix: interesting.

Jason Bateman and Rachel McAdams play Max and Annie, a dream team married couple who live and breathe games of all types, from Trivia Night and charades to Jenga and Dance Dance Revolution.

After some provocation from Max’s equally competitive brother Brooks (played by Kyle Chandler), our main couple and their close friends (Billy Magnussen, Sharon Horgan, Lamorne Morris, and Kylie Bunbury) meet up for a mystery game played within the real world, where someone gets kidnapped by actors and everyone else has to compete to find him.

The only problem? One of the friends is kidnapped for real.

From there, Game Night develops into both a smart, surprising comedy and a dressed-up crime thriller. The laughs don’t just come from well-written jokes. They’re also in the physical humor, the silly premise itself, and the expressive wonder that is Jesse Plemons (Breaking Bad, Fargo). He plays Gary, a creepy, stone-faced neighbor and cop who hasn’t been invited to game night since his divorce.

Under the surface, Game Night truly captures what makes an actual game night special: Friends who come together to have fun tend to become better friends amidst all the laughter and competition. It’s why outsider Gary becomes one of the most crucial puzzle pieces of what would otherwise be a conventional film.

Plenty of us can relate to having the “friend no one actually likes.” Maybe they were new in town and needed some connections, or maybe they were a fun hang in college but never quite grew out of it. Over time, as our relationship with them becomes more complicated, through breakups or distance or more traumatic circumstances, things start to strain a little. We cringe when they want to reconnect with us and feel included, because it comes at the cost of our own enjoyment. Watching this play out through Plemons’ performance isn’t just funny, it’s also a bit heartbreaking. It’s an exaggeration of something almost all of us have been through at some point.

Game Night reminds us to appreciate our friends a little bit more, but it doesn’t go much deeper. There are lessons on personal growth here, but it’s still a goofy studio comedy, albeit one with wacky, convoluted set pieces (some of them mirror actual games—one of the best scenes in the movie is a mansion-wide bout of “hot-potato” with a Faberge egg). Great comedies might have you think about new ideas, but Game Night settles for making you feel something. That’s fine. It would have been easy for Game Night to shoot lower.

Bateman and McAdams have sort of a flavorless arc: She’s ready to have kids, but he feels like he has something to prove to his brother before he can finally settle down. It’s familiar territory, especially for a comedy, but Game Night ultimately leverages the conflict for laughs and disposable gags rather than half-hearted emotion.

Game Night embraces the spirit of competition, and that fits best with the tone of the movie and Bateman’s and McAdams’ central performances. You don’t like them despite their competitive edge; you cheer them on because of that competitive edge.

So the message of Game Night is clear: We all compete in some form with the people in our lives—siblings, our spouses, and yes, our oddball, oft-excluded neighbors. But when we take the time to get to know one another, sometimes through some healthy competition, we can realize that having a rowdy bunch of family and friends is victory enough.

The Weinstein Co. Will File for Bankruptcy After Failing to Be Sold

Kevin Smith Suffers A Massive Heart Attack, Then Tweets About It