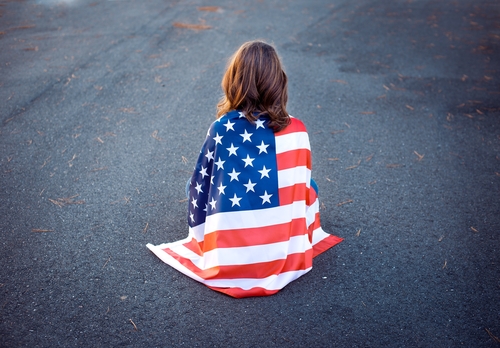 The 4th 0f July is almost here and along with it, a celebration of the United States. The White House is currently gearing up for an unprecedented display of American hoo-ha machismo, and cities are putting together their fireworks displays from sea to shining sea. There’s just one problem: according to Gallup, Americans aren’t feeling especially patriotic these days.

Gallup reports that national pride has hit its lowest point since the company started asking the question in 2001. The situation isn’t too dire: 70 percent of Americans still say they’re “proud” to be an American. But only 45 percent say they’re “extremely proud,” making this the second year in a row fewer than half of all Americans are extremely proud of their country.

Patriotism reached its peak in 2002 and 2004, when 69 and 70 percent of Americans say they’re extremely proud of their country.