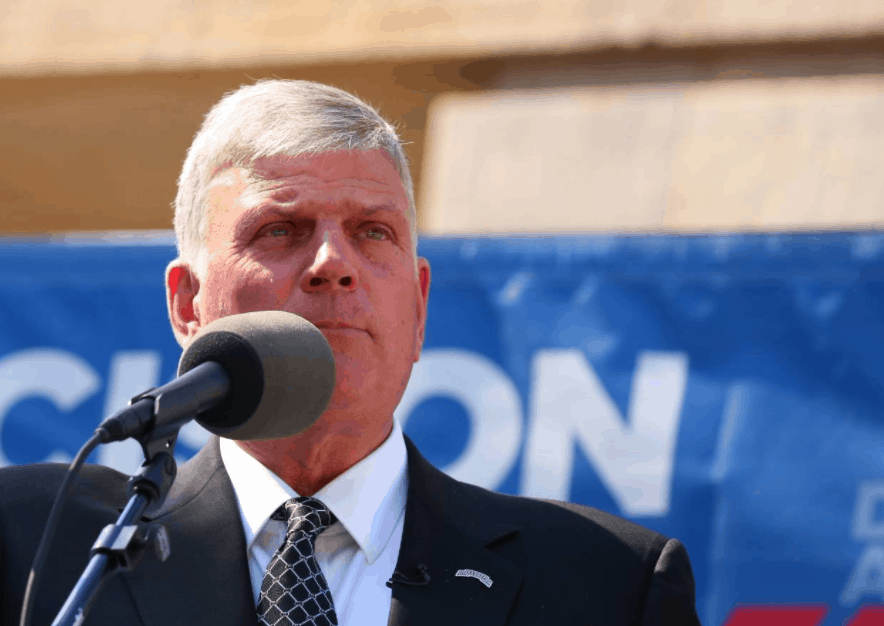 When asked about the allegations, Graham, the son of the late evangelist Billy Graham, said: “It’s just a shame that a person like Judge Kavanaugh who has a stellar record—that somebody can bring something up that he did as a teenager close to 40 years ago. That’s not relevant. We’ve got to look at a person’s life and what they’ve done as an adult and are they qualified for this position so this is just an attempt to smear him.”

Graham was then asked about what kind of message his comments would send to victims of sexual assault who are afraid to speak out. “Well, there wasn’t a crime committed,” Graham said. “These are two teenagers and it’s obvious that she said no and he respected it and walked away … He just flat out says that’s not true. Regardless if it was true, these are two teenagers and she said no and he respected that so I don’t know what the issue is.”

A professor named Christine Blasey Ford says that when she and Kavanaugh were 15 and 17, respectively, he sexually assaulted her while the two were at a party. At one point, she says she went upstairs to use the restroom, but on the way, Kavanaugh and a friend, Mark Judge, drunkenly pushed her into  a bedroom.

Kavanaugh was on top of me while laughing with [his friend], who periodically jumped onto Kavanaugh. They both laughed as Kavanaugh tried to disrobe me in their highly inebriated state. With Kavanaugh’s hand over my mouth I feared he may inadvertently kill me … At one point when [his classmate] jumped onto the bed the weight on me was substantial. The pile toppled, and the two scrapped with each other. After a few attempts to get away, I was able to take this opportune moment to get up and run across to a hallway bathroom. I locked the bathroom door behind me. Both loudly stumbled down the stair well at which point other persons at the house were talking with them. I exited the bathroom, ran outside of the house and went home.

Kavanaugh has denied the allegations.