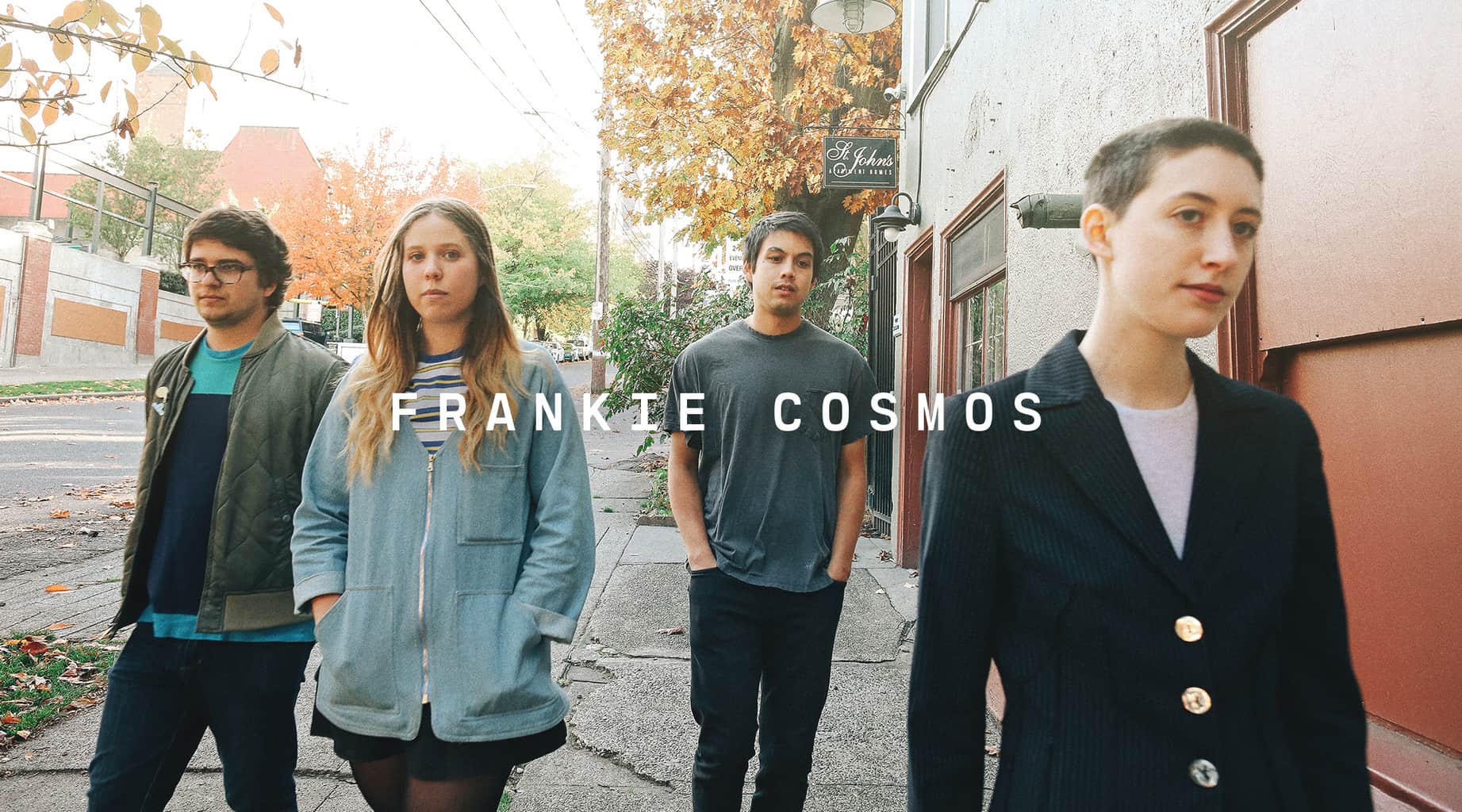 Greta Kline doesn’t understand genres. Both personally and as the frontwoman for her band, Frankie Cosmos, she has a hard time finding which box their music fits into.

“I kind of feel like I would accept whatever label gets thrown at us,” she says. “Some people really only listen to one genre of music, so it’s good for those people to be like, ‘Oh, I’m looking for more indie-rock to listen to or something.’ But I also think everything is crossing so many genres and everybody kind of knows about so many different styles of music that there’s no way to only be influenced by one genre.”

Frankie Cosmos is most certainly not influenced by one genre. The band’s most recent album, Vessel, is a kaleidoscope of sparkly pop melodies with a muscular, substantive spine. Kline has a knack for communicating the difficult-to-communicate through her lyrics, capturing ephemeral emotions through simple turns of phrase. That doesn’t make their music any easier to label. It just means the music is so good you don’t really care what genre it is.

“I’m fascinated by the whole idea of trying to write songs and trying to communicate something, because ultimately every word has a different meaning to every person,” she says. “Just based on your whole life and your whole experience of words or music, and of everything. It’s the same reason why one person can call something pop punk and one person can call it indie-rock or whatever. I think communication is just so impossible. It’s just this constant striving. I’m definitely never going to achieve getting across my true self to anyone, but I can keep trying.”

Kline was born in New York City, the daughter of Kevin Kline and Phoebe Cates. She was home-schooled for most of high school and made a few small appearances in movies like The Squid and
the Whale, but music is what really grabbed her attention. In 2011, she started performing under the pseudonym Frankie Cosmos, which still serves as a sort of alter ego in addition to being her band’s name.

“I feel like Greta Kline is someone who’s not comfortable on stage and Frankie Cosmos is a nice veil to get behind,” she says. “I write songs but I also have a diary, and that’s something that I would
never get on stage and read from. The songs are like, yes, there’s a diary aspect to them, but they’re also my art. It’s definitely very separate from me purely just writing down my feelings or journaling or whatever.”

She talks about this a lot: the gulf between who she is and who she presents as. It’s not hard to get the impression that Frankie Cosmos and Greta Kline aren’t so much two people as they are two sides of the same person—a convenient demarcation of personality that provides some structure to her unique existence.

“On the other hand, there are times when I feel extremely raw,” she says. “That’s what I’m sharing in Frankie Cosmos, and it’s totally scary. That’s not to say that I’m withholding anything emotionally because there’s honestly no holds barred. It just means that with Frankie Cosmos, it’s a song. I’m not just getting on stage and talking about it. I’m not in therapy.”

Her band’s escalating popularity means she’s quickly becoming a person of note; one with fans who have a certain idea of what she’s supposed to be like. “My friend who’s also a musician described it as feeling like people have decided who you are before they’ve even met you,” she says. “So you end up invisible to them.”

These themes appear on Vessel, which Kline says is really about “your relationship to your body and feeling disconnected” from it. That sense of disconnectedness is a timeless human feeling, but she sees how social media has exacerbated it.

“I hate the idea that people think that’s you,” she says of social media accounts like Facebook profiles. “And that they know you from it. It’s scary because it’s just not the person. Someone’s social media profile is not them.”

Kline knows knowing someone via their social media is impossible, but she’s not convinced knowing anyone at all is really possible. That sounds depressing but to hear her tell it, this conviction has actually opened her up to try to explore the one identity she’s confident in: her own.

“We can’t really understand each other. That’s just the nature of life and it’s kind of a cool thing to realize that because it frees you. You can be like, ‘Well, I can’t think about this in terms of communicating it to someone else. I just have to be able to maybe try and communicate it to myself.’”

Whoever that may be.

The Rise of The Enneagram