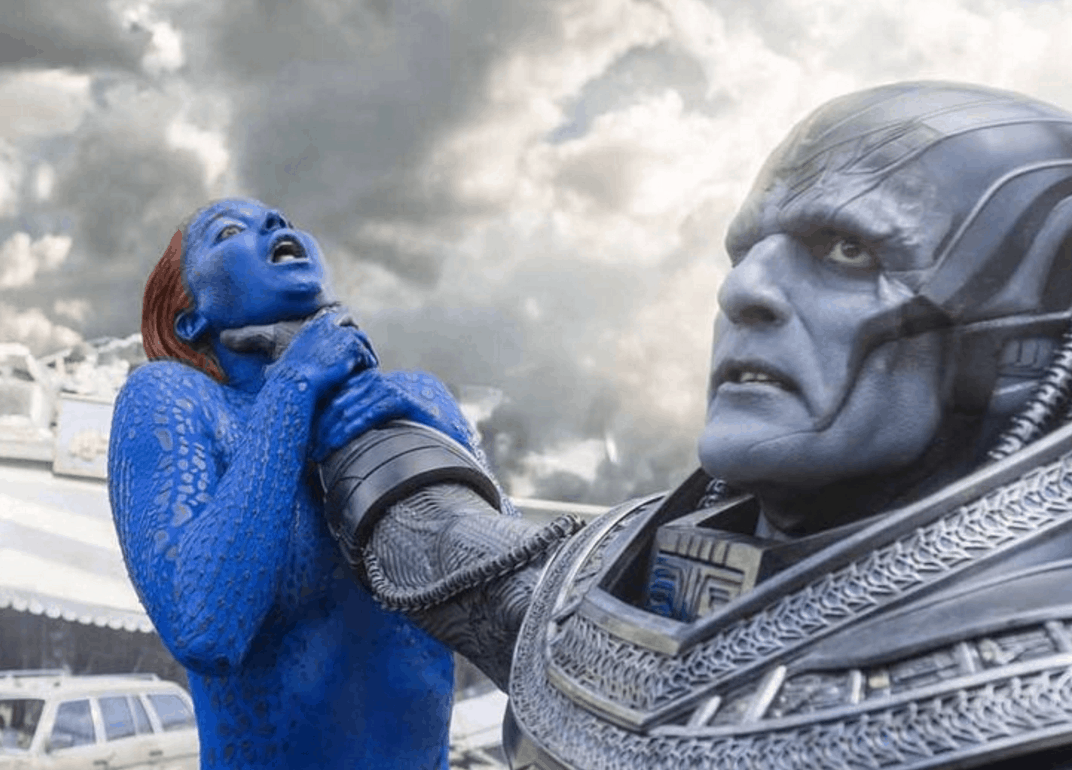 After four months of using an image of Oscar Isaac’s character Apocalypse choking Jennifer Lawrence’s Mystique, Fox has finally agreed with the rest of the world that the ads were in poor taste. In a statement, they apologized for the campaign, that carried the phrase “Only the strong will survive,” and was used on billboards around the country.

On our enthusiasm to show the villainy of the character Apocalypse we didn’t immediately recognize the upsetting connotation of this image in print form. Once we realized how insensitive it was, we quickly took steps to remove those materials. We apologize for our actions and would never condone violence against women.

Last week, actress Rose McGowan called out the campaign in an interview with The Hollywood Reporter, suggesting that it promotes violence against women:

There is a major problem when the men and women at 20th Century Fox think casual violence against women is the way to market a film. There is no context in the ad, just a woman getting strangled.

She said that she received an unsettling text from a friend, whose young daughter had just seen the ads on the street:

It follows: ‘My daughter and I were just having a deep discussion on the brutality of that hideous X-Men poster yesterday. Her words: ‘Dad, why is that monster man committing violence against a woman?’ This from a 9-year-old. If she can see it, why can’t Fox?