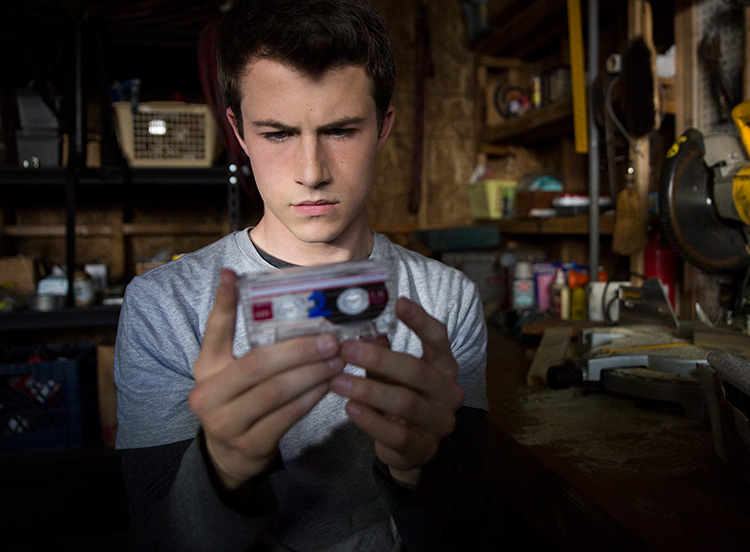 If you haven’t noticed, the last year has not been “business as usual” for the media you consume. Any of the milestone events of the last 12 months, if taken alone, could be called a fluke.

Like Chance the Rapper releasing Coloring Book and racking up 57 million streams in the first few weeks and winning a Grammy for an album that can’t be bought at any record store in America.

Or Netflix dropping a cool $6 billion on original TV and movies this year, and Amazon following suit with a planned $1 billion investment in originals in 2017.

Taken as a whole, it’s obvious these events could signal a year that revolutionizes entertainment as we know it, and that’s (mostly) a good thing.

PODCASTS ARE BECOMING THE NEW NOVELS

If you saw World War Z, the 2013 zombie flick starring Brad Pitt, odds are you walked out feeling apathetic about the experience. It’s a shame because the source material, a novel by Max Brooks, is now being taught as college lit at universities across the country.

Brooks’ debut novel transcended the the sci-fi and horror subcultures as something much more than celebrated genre fare and broke new ground into the mainstream. Similarly, latest podcast offering from the This American Life and Serial teams, S-Town, accomplished two audacious goals. It both fed the rabid fanbase always waiting for the next episode of This American Life or Serial while expanding the podcasting medium toward a whole new art form.

In the month since the release of S-Town, the series has been downloaded 16 million times, making it more than three times as popular as Serial, the “original podcast blockbuster.”

Unlike anything that’s come before it, S-Town blends true crime with a more open-ended approach to the lives of the subjects. At the conclusion of the seven-hour audio journey, the listener is left with more questions to wrestle with around love, betrayal, wealth and isolation than solving the quandaries about the death and buried treasure teased in the show’s premise.

S-Town is too long and winding to simply be considered an audio movie. Instead, the whole thing plays out like a southern gothic novel. It’s not hard to imagine S-Town being discussed in English classes one day alongside Flannery O’Connor and William Faulkner.

Here’s to the hoping 2017 becomes the year of the novel-esque podcast.

After a critically acclaimed run over the last three years, Marvel and Netflix hit a stumbling block in March with Iron Fist. The superhero/kung fu hybrid was panned by critics and mocked mercilessly in the media.

Normally, this would spell instant death for a TV show. However, Netflix genuinely didn’t seem to care. Because unlike broadcast television, which depends on week-to-week ratings to turn a profit, Netflix is getting your $10 or so per month no matter what you’re watching.

Until TV hit the net, the medium was about getting to the largest number of people to sit down in front of the same show at the same time in order to generate revenue for advertisers. In the era of streaming, television series production has shifted to creating enough original content to keeping customers of all stripes subscribed. Netflix seems uninterested in whether or not original shows like Bojack Horseman, a far-flung animated sitcom about an anthropomorphic horse who’s a washed up actor living in LA, reach a mass audience. Or even what year their original shows are consumed.

Haven’t caught up on Stranger Things yet, despite the massive hype? For all Netflix cares, you can wait until 2019, as long as your queue stays full and you don’t cancel your account.

MOVIE THEATER ARE TRYING ALL SORTS OF GIMMICKS TO STAY RELEVANT

Of course, not everyone is happy with the endless array of movies and shows streaming to your TV and tablet. Now that you can lay on your couch in a robe and binge on original movies from A-List stars like Brad Pitt, there’s less incentive to actually get dressed, drive to the theater and overspend on popcorn and candy.

Which means the movie industry is throwing ideas against the wall to see what sticks. Theaters across the country are ripping out dingy, butter stained cloth seats and replacing them with leather recliners and love seats. An increasing number of theaters offer full food and drink service, which can be delivered straight to your recliner.

Comfort, food and alcohol don’t seem to be enough to keep the multiplex full, so theater chains are now experimenting with providing a “4D” experience. Showplace Cinemas 4D theaters boast features that include “air blast, water blast, back poker, leg tickler and scent.”

It’s not clear that any moviegoer ever walked out after the closing credits and proclaimed, “That was good. It would have been better if someone had thrown water in my face and poked me in the back.” But when Netflix is offering enough amazing shows to keep you planted in your living room forever, desperate times call for desperate measures.

THE NEXT GENERATION WILL BE RAISED ON REALLY COMPLEX NARRATIVES

Since the invention of cable TV, shows targeting teenagers have often followed a pretty stereotypical path. Boy meets impossibly beautiful girl. Boy expresses his feelings in words far too articulate for his years to two friends, one male and one female. Drama ensues. Boy and crush get together at the end of season one, only for a breakup to happen in season two, usually due to cheating. The pieces are reset and the show marches forward until the audience is old enough to leave for college, or moves onto the next flavor of the month.

Which is why 13 Reasons Why signals such a sea change. The much buzzed-about Netflix original follows the suicide note of a recently deceased teenage girl, and pushes the middle and high school target demographic to wrestle through difficult issues. It signals a trend toward youth versions of Breaking Bad and Orange is the New Black and away from the mindless stream of shows of pretty people and their problems that have populated CW and MTV for decades.

It’s not just teen content that’s shifting, but programming for elementary students as well. Last week, the Disney channel debuted Andi Mack, which follows a 12-year-old who discovers the woman she believed to be her older sister is actually her biological mother who gave birth at 16. The people Andi calls mom and dad are technically her biological grandparents.

Andi Mack came about as a result of Disney losing its young audience to YouTube, where kids could find compelling bloggers telling more interesting stories than reruns of Hannah Montana could offer. When presented with options, it turns out that even third graders quickly tire of laugh tracks and painfully obvious overacting.

If those storylines sound intriguing, it’s because they’re of the stripe that usually lead to Oscar nominations. But for the sake of your own credibility, you might not want to start conversations at work with “Last night on the Disney channel …”

Not everyone is clued in yet on how cool kids programming is these days.

COMEDIANS ARE THE NEW THOUGHT LEADERS

In the firestorm of online chatter that’s followed comedian Louis CK’s abortion comments in his latest stand-up special for Netflix, one key element has consistently been overlooked: A comedian just set the tone for a national conversation with five minutes of content.

Aside from a week or so during proposed changes to Obamacare that would have affected Planned Parenthood’s government funding, abortion just isn’t a hot topic. The last time abortion received much attention in a presidential race was in 2008, when you could read about Barack Obama’s defeat of John McCain on your iPhone 3.

It’s open to interpretation, but some think Louis CK defended the pro-life stance, albeit in a way that was meant to offend viewers of all political and religious stripes. The specifics of the message in his bit are up for debate, but what is certain is that Louis CK breathed new life into a controversial topic that the media had been ignoring for years.

An old adage about TV news is the anchors can’t tell you what to think, only what to think about. In 2017, leading comedians like Louis CK, Amy Schumer, Dave Chappelle and Hasan Minhaj of The Daily Show help set the agenda for what the American public thinks about and what the media covers.

The good news in all this is that if you don’t like something, there are more engaging and affirming entertainment options than at any point in modern history.

As Christians, the media we consume affects our thinking and our worldview. Fortunately, we live in an era where it’s very easy to make positive entertainment choices.

Or if you just want to turn your brain off and watch a movie while your face is blasted with cold air and the computerized chair punches you in the spine repeatedly, that’s available too.