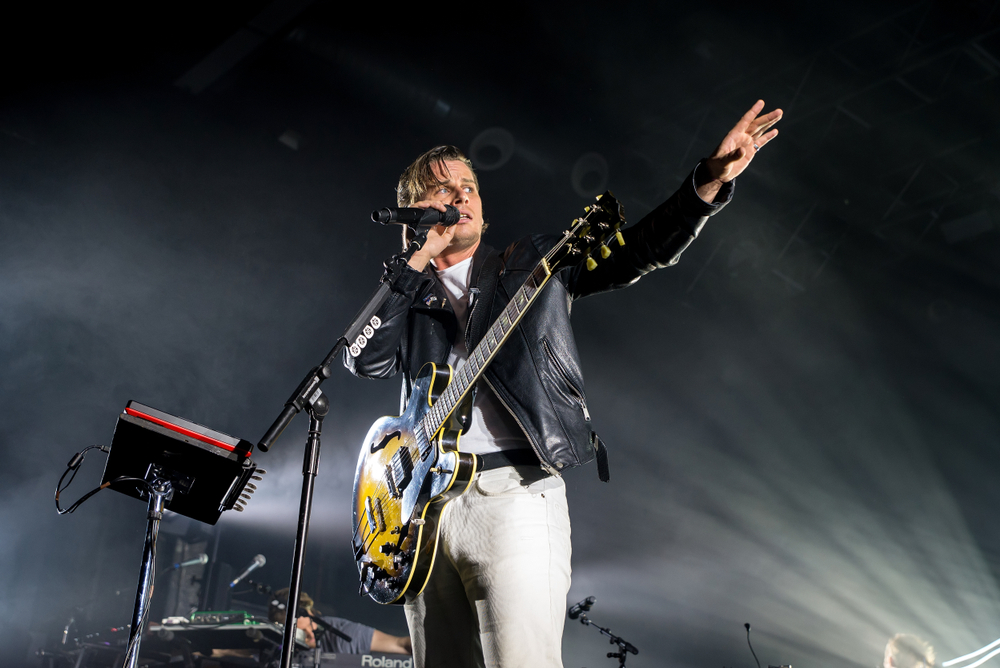 The arrest and ensuing suicide of billionaire and serial child molester/child sex ring operator Jeffrey Epstein has ended up being a sort of socio-political Rorshach test in which it’s pretty easy to justify any number of partisan narratives. Don’t like President Donald Trump? Epstein cavorted with him! Don’t like the Clintons? He was buddies with that president too. Member of the loose-knit QAnon conspiracy hivemind? Squint and you can make Epstein sort of fit into that red string-and-thumbtack diagram. Or maybe you’re a bit more progressive in your leanings? Here’s yet another example of the wealthy and powerful building their empires on the backs of the working class.

This makes the Epstein case tailor-made for conspiracy theories, and a few such conspiracies are being pushed by a surprising source: Foster the People. The band, who was recently featured in RELEVANT, used its official Twitter account to push a number of “open your eyes, Sheeple!” type tweets, the most dramatic of which theorized that Epstein’s body had been swapped out and the man is alive and well on the lam.

have you seen photos of the body? it’s obviously not him. my guess is, epstein’s on a private plane to somewhere in the middle east getting prepped for plastic surgery right now #EpsteinBodyDouble

and to anyone else who considers it “off brand” for an artist to talk about social issues, cover-ups, and justice.. A. you need a history lesson B. you’re scared of what i’m saying C. my voice is my brand, whether it’s used to speak or sing

the problem with a case like this, is that the public will forget about in a week. media will change headlines to another story and stop covering it. they already have. and it will be easily swept under the rug. just like the stephen paddock mass shooting.

there is no QUESTION the government is behind the #EpsteinSuicideCoverUp . Research Attorney General Bill Barr and his father’s ties with Jeffrey Epstein. Barr helped broker the west palm beach “deal” that kept Epstein away from a life sentence in federal prison ?

more than ever artists need to speak up, because they’re not getting paid by sponsors or told how to spin a story by their bosses. rupert murdoch isn’t controlling their narrative. support your artists. support real journalism. fact check everything. do your own research.

We have not chosen not to embed one of these tweets because of a sensitive image.

Taken as a whole, the Epstein case is abhorrent. The crimes he was arrested for almost defy belief, and the fact that he was able to get away with them for so long by being sheltered by rich, influential friends is truly the stuff of nightmares and a disconcerting look into a vast and vomitous nightmare. And it’s true. Years ago, Epstein did manage to thwart justice with what certainly appears to be the help of some people in the highest reaches of the system. His story certainly raises important questions about the faith we put in certain systems and how easy it is for people of means to bend the loopholes to their favor.

But it’s also important to remember what finally led to Epstein’s downfall: years of patient, careful reporting by the dogged journalists at the Miami Herald. That’s about as far from armchair detective work as you can get, relying on research, interviews, court documents and fact-checking instead late night Reddit posts and Twitter threads.

There are unanswered questions and concerns around the Epstein case. It has been alleged that Attorney General William Barr’s father once hired Epstein, raising concerns about whether or not Barr should recuse from the case. There are questions about how Epstein was able to commit suicide while under surveillance, and what that means for the prison system at large. And yes, Epstein’s connections to presidents current and former is concerning, to say the least.

But these are serious questions that require serious engagement, and half-baked theorizing on social media only muddies the water around what is already an extremely delicate and disturbing story.